Pita Taufatofua is a Tongan taekwondo practitioner and skier. He became an overnight sensation when he marched shirtless in a traditional Tongan costume at the opening ceremony of the 2016 Rio Games. On 23 July 2021, he marched in Tokyo at his third Olympiad, where he will compete in taekwondo.

Originally from Brisbane, Queensland, Pita Nikolas Taufatofua was born on 5 November 1983 under the star sign Scorpio. The 37-year-old taekwondo practitioner is Tongan by nationality and belongs to the British-Tongan ethnicity. He attended Tonga Side School and Tonga High School. In 2000, he graduated from Saint Peter’s Lutheran College in Brisbane with an engineering degree.

Pita began taekwondo when he was five years old. He attempted to qualify for the Olympics on two occasions but failed each time. At the 2016 Oceania Taekwondo Olympic Qualification Tournament, he won the final and qualified for the 2016 Olympics. He then became the first athlete from Tonga to compete in the Olympics in taekwondo.

At the 2016 Summer Olympics in Rio de Janeiro, Pita appeared as Tonga’s flag bearer in the Parade of Nations during the opening ceremony. During the taekwondo tournament, he was eliminated in this first match by the Iranian Sajjad Mardani.

The athlete also succeeded in qualifying for the 2018 Winter Olympics in the roller ski races. On 16 February 2018, he competed in the 15km freestyle race and finished in 114th place out of 119 skiers. In February 2020, he qualified for the 2020 Summer Olympics for taekwondo, after winning gold in the M+80 kg.

The Tongan Olympiad has earned a decent sum of money over the last five years. It’s obvious he has been making tens of thousands of dollars from endorsement deals with sports clothing brands and sponsored posts on Instagram. As of 2021, his net worth is estimated at $500 thousand.

As of 2021, Pita is still unmarried and doesn’t have a wife. In previous interviews with news outlets, he has repeatedly told that he is single. He prefers to keep his private life away from the spotlight. It seems he is married to the sport.

In August 2016, the athlete told 9 News that he is single with no wife and no girlfriend.

Pita comes from a family with different cultural backgrounds. His Tongan father has a PhD in agricultural science, and his Australian mother, of British descent, works as a sanitation consultant. He grew up with six siblings in a one-bedroom house in Tonga. Unfortunately, the family lost the house in a tropical storm.

Pita’s stepmother, Dr Neta Prescot Taufatofua, died in November 2020. She was a strong advocate for Women and for positive change in Tonga. One of his sisters had passed away from cancer when he was about 4 or 5.

Pita stands tall at the height of 6 feet 3 and a half inches. 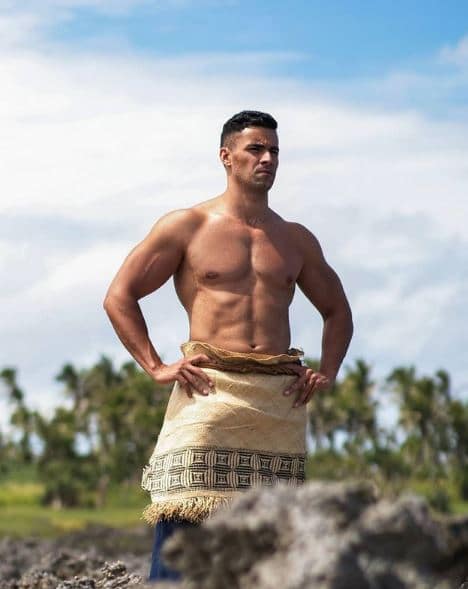 As he is a taekwondo practitioner, he has a fit, athletic body that weighs 220 pounds or 100 kg. He has black hair and dark brown eyes.