Born on 4th July 1995, Post Malone’s hometown is in Syracuse, New York, USA. He was born as Austin Richard Post to the house of Jodie and Rich Post. He is American native belonging to white ethnicity. His zodiac sign is Cancer. His family migrated to Texas where he started playing guitar. For education, he went to Tarrant County College but later dropped out. He chose ‘Post Malone’ name for a stage when he was 14 years old.

Malone started his career by forming BLCKVRD group in San Fernando Valley. In the same place, he met Rich and 1st down and with them, he collaborated in ‘White Iverson.’ He uploaded the same track in 2015, in his SoundCloud. The track became so popular that Wiz Khalifa and Mac Miller praised him.

To date, he has already worked with Young Thug, Kanye West, and 50 Cent. In 2016, he performed sharing a stage with JB in Purpose World Tour. Again in April, he premiered ‘Go Flex’ on Zane Lowe’s show. On 26th August 2016, he released another mixtape and was seen on Jimmy Kimmel Live! Show. In 2017, he became a rolling stone’s ‘most popular musician.’ As of 2018, he will be releasing Beerbongs & Bentleys.

Post has captured a good volume of fans and followers in the music industry with millions of fans all over the world. His success is not only in his career but also in his financial status. According to wiki sites, his annual income crosses over $1 million. 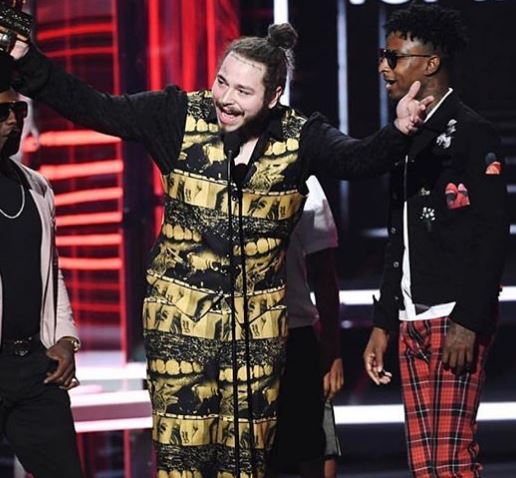 Malone loves classic old rides. He owns Classic Ford Lincoln, with costs $15,000. He also loves Luc Belaire Rare wine costing $25. Post has also done its official promotion. Apart from his endorsements, he also earns from his YouTube channel. Summing all those, he has $8 million net worth as of 2018.

Malone is pretty secretive about his relationship and affairs. He was once rumored dating Ashlen Nicole Diaz. One of the wiki sources indicated that he started dating her right after JB’s Purpose Tour. Later, he announced his love affair with Ashlen in a local radio network.

happy Texas time birthday to most wonderful thing to ever happen to me Ashlen Nicole Diaz. 💖 I love u

Moreover, he also shared a tweet saying ‘I love you’ to her in 2015. However, Ashlen has now deleted her Instagram profile keeping his fans in confusion. It is not mentioned if they are still dating or not. One thing is sure; Post is not married yet.

Malone was born as Austin Richard Post to the house of Jodie and Rich Post. His father, who was once a DJ, was the one to inspire him towards music. Right after releasing his first CD of ‘Learn Back,’ he presented it to his father. Talking about his mother, Jodie is his stepmother. He loves sharing her pictures on social profiles. 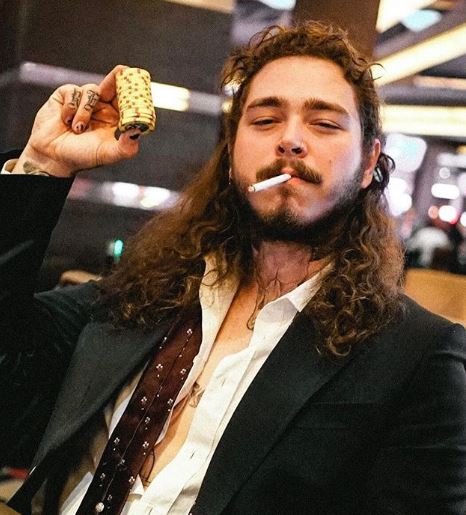 Malone has an average body build measuring chest of 42 inches, biceps of 14 inches, and waist of 35 inches. He is decently tall with the height of 6 feet 2 inches and weighs 84 kilos. His skin is white toned, has brown hair with braids and blue eyes. His teeth are golden.