Rachel OStovich is a professional mixed martial artist who competes in the Flyweight division. She is currently signed to Bare Knuckle Fighting Championship and previously competed in the UFC and the IFC. Since leaving the UFC in late 2020, she marked her first fight against Paige VanZant at BKFC 19 and won the fight.

Originally from Hawaii, United States, Rachael Ostovich was born on 25 February 1991 under the star sign Pisces. The 30-year-old mixed martial artist is American by nationality and belongs to the native Hawaiian ethnicity.

Having started her amateur MMA career in 2010, Ostovich amassed an undefeated amateur MMA record of 6-0 by 2013. In January 2014, she made her professional MMA debut in her native Hawaii. She then debuted for the all-female Invicta Fighting Championships in December 2014.

Ostovich had her Invicta FC record of 2-2 before she joined The Ultimate Fighter. On 1 December 2017, she faced Karine Gevorgyan at The Ultimate Fighter 26 Finale and won the bout via armbar submission in the first round. She then faced Montana De La Rosa and Paige VanZant but lost both of the fights.

On 28 November 2020, Ostovich faced Gina Mazany at UFC on ESPN: Blaydes vs. Lewis. Again, she lost the bout via third-round TKO from body kicks. The UFC released her after three straight losses on 7 December 2020. 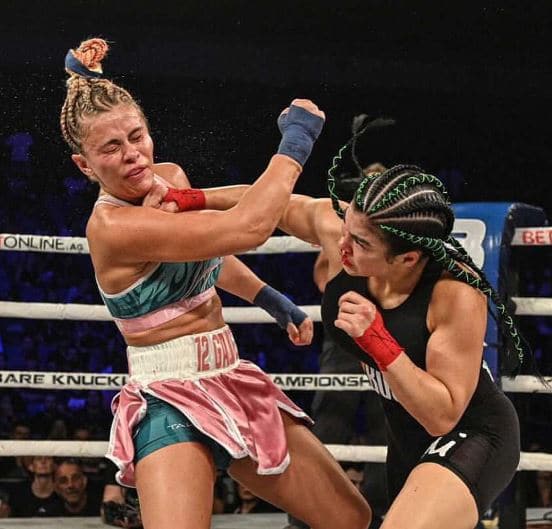 On 27 April 2021, Bare-Knuckle Fighting Championship announced that Ostovich had signed with the organization. She faced Paige VanZant at BKFC 19 on 23 July 2021 and won the fight via unanimous decision.

Ostovich has made decent earnings from various MMA championships like the IFC and the UFC. She has earned hundreds of thousands of dollars from MMA fights, prizes, and endorsement deals with several sports brands. As of 2021, she has an estimated net worth of $250 thousand.

Ostovich is currently in a relationship with Michael Davis. Her boyfriend is an American football cornerback for the Los Angeles Chargers of the NFL. She made her relationship with Davis Instagram official on 14 July 2021.

Ostovich had a horrible marriage in the past. She married MMA fighter Arnold Berdon in 2016. However, her marriage with Berdon ended with domestic violence and finally with divorce.

In November 2018, Ostovich was assaulted by her now ex-husband, resulting in a fracture in her orbital bone and major injuries all over her body. Berdon was sentenced to four years of probation in May of 2019 after pleading no contest in the assault case.

Subsequently, Ostovich filed for divorce and full custody of their daughter, Ruby Rose. Their daughter was born in 2013.

The MMA fighter was born to parents – Robert and Deborah Ostovich. She is the only daughter born to her parents. She has a brother named Robert Ostovich Jr.

Ostovich has a short height of 5 feet 3 inches. As a mixed martial artist, she has a fit, athletic body that weighs 57 kg. She has black hair and dark brown eyes. Her body measurements are 34-26-35 inches.