Rahkeem Cornwall is an uprising cricketer from Antigua who plays for the West Indies as an all-rounder. Moreover, he is better known for being the heaviest cricketer in test cricket who weighs above 140 kg. On top of that, he even became the Champion Player of the Year on August 2019.

Rahkeem Cornwall was born in 1993 in Antigua, Antigua, and Barbuda. He celebrates his birthday on 1st February every year. He holds Antiguan nationality and belongs to African descent.

Initially, Rahkeem began his career when he got selected for the West Indies Cricket Board President’s XI in July 2016 to face team India. In the match, he scored the highest run of 41 in the first inning. Before that, he took five wickets in India’s inning. Then, he got the chance to play against touring England team and Pakistan in 2017. 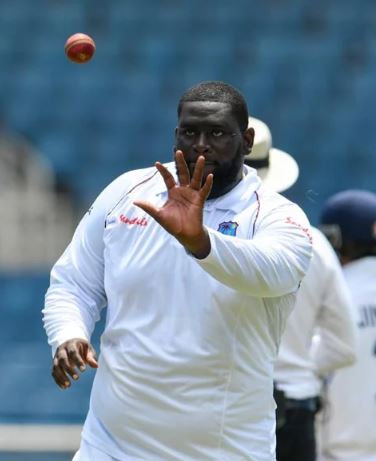 Later, he got selected for the West Indies A tour of Sri Lanka and took part in all three unofficial Test matches. His overwhelming skills led him to become the leading wicket-taker for the Leeward Islands in the Regional Super 50 Tournament of 2018-19. His gameplay made him third-highest wicket-taker who took 54 wickets in 9 matches at the competition. 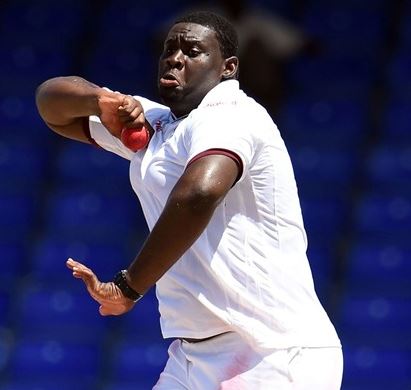 Afterward, the 26-year-old was selected to play in Test squad of the West Indies for their series against India in August 2019.

As for now, Rahkeem’s net worth is estimated at $1 million.

Rahkeem known as the heaviest cricketer to play test match hasn’t spilled any clues about his personal life. The West Indies all-rounder’s dating life, as well as married life, remain inside the closet. Moreover, on his social media, he only shares his cricket career moment rather than his personal life. 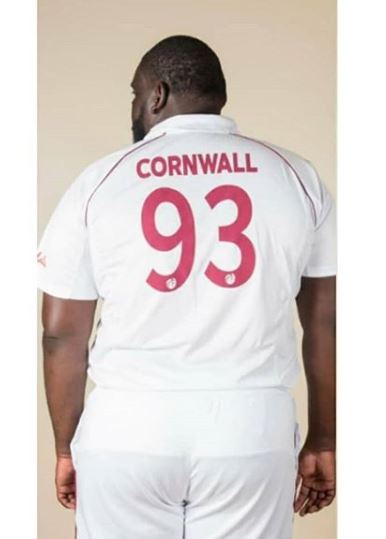 The 26-year-old seems to be focused on his cricketing career developing new skills to be in the top place.

Rahkeem was born with the name Rakheem Rashawn Shane Cornwall. Even though his parents’ identity remains unknown, his biography has disclosed that Rakheem’s father was a professional cricketer and mother is a homemaker. He was raised along with his siblings, a sister, and a brother whose identity also remains confined.

Rahkeem’s height measures at 6 feet 5 inches and weighs above 140 kg. He has black color hair and black color eyes.