Rania Al-Abdullah is also known by the name Rania Al-Yassin who is the queen consort of Jordan. Besides that, she is also known for having a strong progressive female voice and even a powerful advocate for education in the Arab who worked for women’s rights.

Queen Rania was born with the name Rania Al-Yassin on 31 August 1970 in Kuwait City, Kuwait. She currently ages 49 years old and has the birth sign of Virgo. She is Kuwaiti by nationality and has the ethnicity of Bidoon. Regarding her education qualification, she did her schooling from New English School in Jabriya, Kuwait City. After that, she graduated from the American University in  Cairo in Business Administration. Upon her graduation, she also worked in marketing for Citibank, followed by job-related Apple Inc. in Amman.

Rania started her professional career by working in the field of IT and banking sector. Likewise, she also worked in marketing for Citibank. After that in the year 1999, Rania has proclaimed the Queen consort of Jordan as her husband became the King of Jordan.

And being at the post of the queen, she used it very wisely for the betterment of the people living there. There she used to serve as the powerful advocate for various causes like education, women’s rights, public health, and also youth empowerment across the globe.

Then in the year 2003, she launched the Al-Aman Fund for the Future of Orphans. Likewise, she was also named as UNICEF’s first Eminent Advocate for Children in the year 2007. Then in the year 2008, she opened “Madrasati” (My School), which is a public-private aiming to launch over 500 of Jordan’s public schools over five years of the period. Not only that, but she also created her Youtube channel in 2008, aiming to engage western viewers in a discussion about their view towards the Arab world. 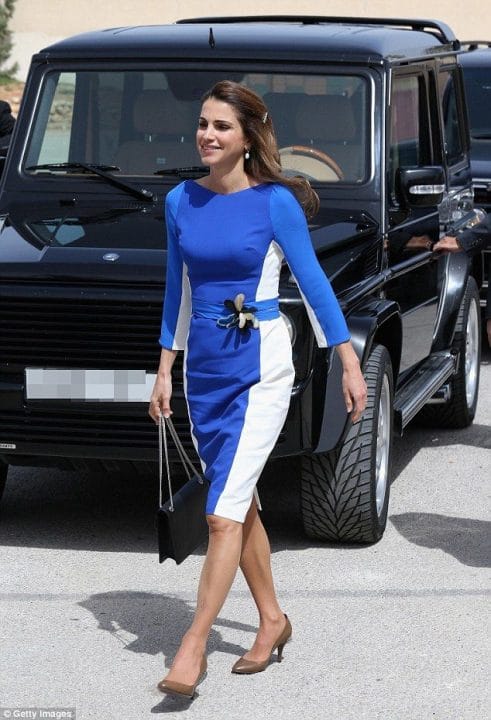 After that, Rania also became the Honorary Global Chair of the United Nations Girls Education Initiative (UNGEI). The same year she also founded 1GOAL: Education for All campaign. Doing such great work, she already has been honored with several awards. Back in 1999, she was honored for being the Member 1st Class of the Order of al-Khalifa of Bahrain.

The same year she was awarded the Dame Grand Cordon of the Order of the Precious Crown of Japan. She was also awarded FIFA Presidential Award for her work and commitment shown towards 1GOAL: Education for All in the year 2009. Besides that, she also was ranked as one of the most beautiful first lady in the world by Harpers and Queen magazine in the year 2011.

As a Queen Jordan and also working for women’s rights and many things, she might be enjoying a handsome amount of money till the date. And her net worth is estimated at $35 million.

Queen Rania is a happily married woman. She is married to the King of Jordan Abdullah II. They first met each other in the year 1993 when she was invited to attend the dinner party thrown by Prince Abdullah’s sister. There they fell in love instantly with each other and married on 10 June 1993 just after less than six months of their first encounter. 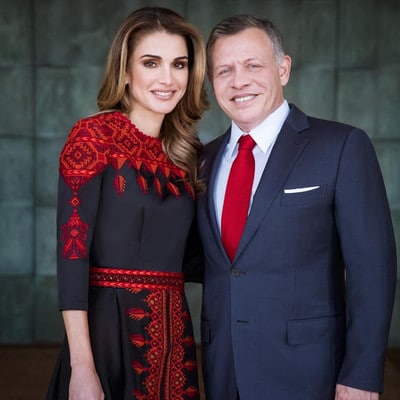 Being together, they are blessed with four children. Among them, two are sons, Prince Hashem and Prince Hussein, and two daughters Princess Salma and Princess Iman.

Queen Rania was born to Kuwaiti parents. She is the daughter of Ilham Yassin and Faisal Sedki Al-Yassin. She spent her childhood with her older sister Dina and brother Magdi. 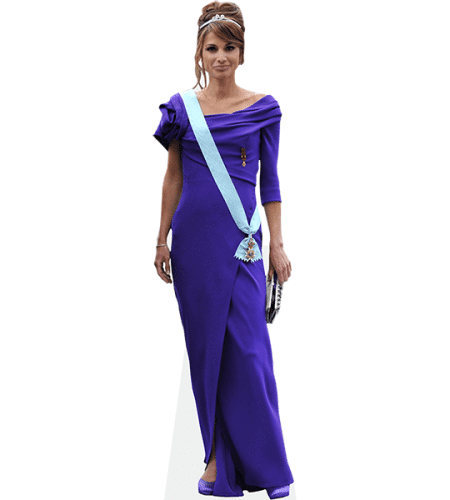 Rania is blessed with decent body measurement, where she stands tall at the height 5 feet 7 inches. She weighs about 60 kilograms. She has brown colored hair with pairs of beautiful brown glowing eyes.