The 22nd season of The Bachelor is now at its end. The finale is near, and Rebecca Kufrin is among two finalists. Before coming to the show, she worked on Skyya as a senior account executive. Recently, a twist changed her life as Arie broke up with her and chose to be with Lauren Burnham. Let’s know detailed information about her through this wiki!

Born on 3rd April 1990, Rebecca Kufrin’s hometown is in Prior Lake, Minnesota. She belongs to white American ethnicity and holds American citizenship. Her zodiac sign is Aries. The 27 years old TV star/publicist will be turning 28 in this April 2018. She was born to the house of Steve and Jill Kufrin with a sibling sister Emily. She went to the Minnesota State University to get a degree in mass communication.

Rebecca is best known being a contestant of the 22nd season of The Bachelor. However, her career as reality star started only in 2017. Before that, she was working on public relation company. Her work as publicist began with a PR company named Skyya, and she still is connected with the company. 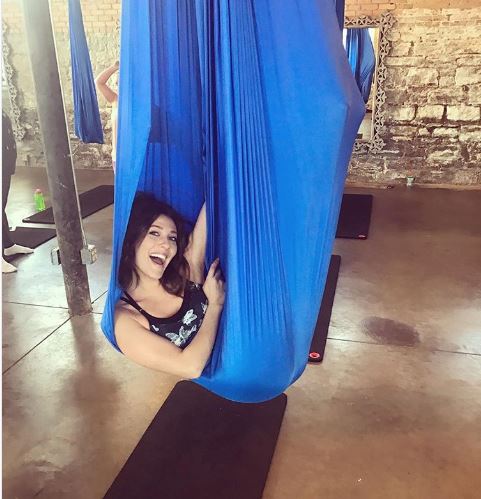 If Rebecca wins the show, although the recent twist has decreased her winning chance; her income from the show will be almost $250 thousand including the engagement ring worth $100 thousand. However, if we keep everything aside and estimate her annual salary, it ranges from $20 thousand to $50 thousand. As of 2018, her net worth is expected to be $200 thousand.

Till the last episode of The Bachelor, Rebecca was dating Arie Luyendyk Jr., but he broke up with her and went to Lauren Burnham. Rebecca was left broken-hearted. The one who described herself as honest, loyal and charismatic fell into despair as she was dumped near to finale.

The most prominent fear that Becca had in her dating life was having different thoughts, and run out of talking things, and Arie’s feelings did not match with that of hers. One of the sources mentioned that Kufrin was dating Ross Jirgl, former Minnesota State Maverick linebacker before. The ex-pair was together for almost seven years.

Becca always wanted to fall in love, go out on hot-air ballooning and grape stomping, and be with her partner in a house with a pet dog. So, we still need to wait for her to find a perfect partner in her life.

In the season finale of 14th The Bachelor, Rebecca chose Garrett Yrigoyen and accepted his marriage proposal. In the final date, her feelings for Garrett intensified and she decided to let Blake go.

Now she has accepted a proposal and is engaged to him. To know more about her fiance, follow this link.

Rebecca was born in the house of Steven Karl and Jill Kufrin’s house. Her father died in the year 2009, as he had brain cancer. She just stepped into 19 years, when her father passed away.

The information about Jill Kufrin, her mother, is not disclosed. She has an older sister Emily Kufrin as a sibling.

Rebecca is decently tall with the height of 5 ft 7 inches and weighs 56 kilos. Her body is slim, measured 33-26-34 inches and her bra size is 32 A. The causal dresses fits perfectly on her body. Her hair is dark brown and has blue eyes.