Rebecca Romijn, an American actress, and model came to notoriety for her work in the movies based on Marvel comics, X-Men Film Series as Mystique. Her role in the X-Men Franchise helped her to win the Best Supporting Actress from Saturn Awards in 2001. As of 2019, Rebecca is in the news for lending her voice in the animated movie, The Death of Superman and Reign of the Supermen.

Rebecca was born in Berkley, California, USA on 6th November 1972 as Rebecca Alie Romijn. She is of American nationality and part of the mixed ethnicity with English and Dutch ancestry. Her zodiac sign is Scorpio. Rebecca is the daughter of Jaap Romijn who worked as the custom furniture maker.

In the year 1981, Rebecca started her in the glamour world with modeling and featured on covers of several magazines like Marie Claire, Elle, Cosmopolitan, Allure and so on. She starred in advertisements like Victoria’s Secret, Pantene, Maybelline and so on. Also, Rebecca hosted MTV’s show, House of Style in 1998 till 2000.

In the year 1997, Rebecca made her first appearance on TV Screens with a favorite TV Show, Friends playing the character of Cheryl. Later, she appeared in TV Series like “Just Shoot me,” “Jack & Jill,” “Ugly Betty,” Eastwick and so on. In the TV Series, Ugly Betty, Rebecca had recurring roles of Alexis Mead and appeared in 33 episodes. Later in 2014, Rebecca’s TV Career came in highlight when she portrayed the character of Eve Baird in the show, The Librarians.

Apart from her TV Career, Rebecca made her presence felt in the silver screens with her role in the X-MEN franchise as Mystique in the year 2000. For her role in the movie, she won the award of Best Supporting Actress for her character from Saturn Awards. In her career, she appeared in several films like Run Ronnie Run, The Punisher, Good Deeds, Man About Town and so on. 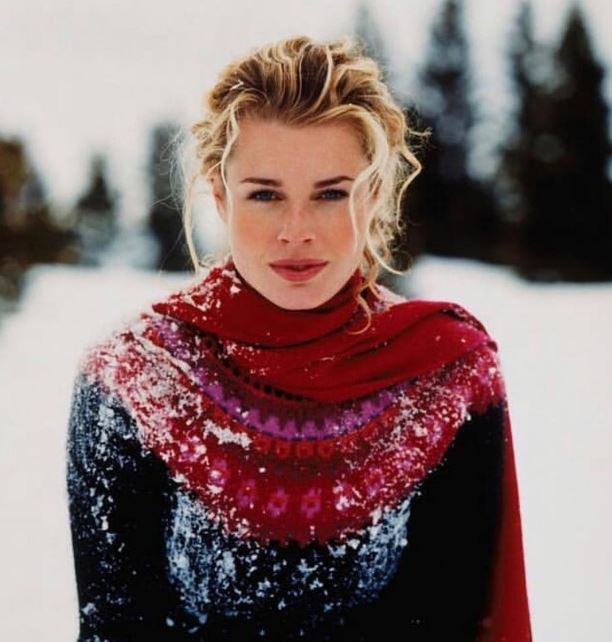 As of 2019, Rebecca will give her voice to animated movies like Reign of the Supermen and The death of Superman. Additionally, she will appear in the TV Show, Star Trek: Discovery as Number One in 2019. With all these works, Rebecca has garnered a net worth of around $30 million from her actions.

Rebecca is a beautiful young woman who met the actor, John Stamos in the year 1994 at Victoria’s Secret. The couple got engaged in Christmas and later got married at Beverley Hills Hotel on 19th September 1998. However, the marriage did not last long, and she filed for divorce in August 2004.

In 2004, Rebecca started to date actor, Jerry O’Connell and a year later got engaged in 2005. After two years of engagement, the couple got married on 14th July 2007 at their home in Calabasas, California. Rebecca shares two beautiful daughters with Jerry named, Dolly and Charlie.

Rebecca grew up in Berkley, California to her parents, Elizabeth Romijn and Jaap Romijn. Her mother worked as an English Instructor at a community college, and her father worked in the furniture. Her mother is of mixed ancestry with English, and Dutch descent and her father is a native of Netherlands. 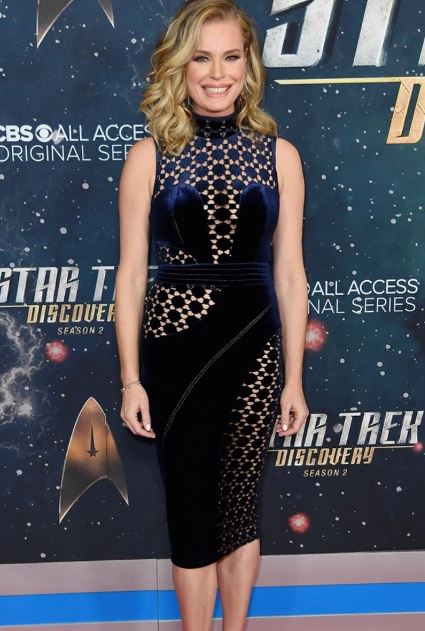 Rebecca stands tall with a height of 5 feet and 11 inches and weighs around 57 kgs. She has blonde hair color with dark brown eyes.