Reina del Cid is mostly known as the lead of the eponymous folk/rock band ‘Reina Del Cid’ based in Los Angeles. Besides, she is popular on YouTube, where she uploads cover songs as well as original songs on her self-titled channel. Describing her music as ‘lyric-centric,’ she attributes the musicality of her songs to guitarist Toni Lindgren.

Originally from Fargo, North Dakota, Reina del Cid was born on 08 March 1988 under the star sign Pisces. Her birth name is Rachelle Cordova. Likewise, her stage name ‘Reina del Cid’ originates from Spanish literature, where ‘Reina’ means Queen and ‘del Cid’ is the nickname of her guitar.

The 32-year-old singer-songwriter is American by nationality and part of the White ethnicity. She graduated with a degree in English literature from the University of Minnesota in 2010. Previously, she attended Fargo South High School.

Initially, Reina used to present cover as well as original songs on a video channel with a music series called Sunday Mornings with Reina del Cid. After graduation, she formed a band ‘Reina del Cid & the Cidizens’ with Toni Lindgren as lead guitarist, Zach Schmidt on drums, and Andrew Foreman on bass. 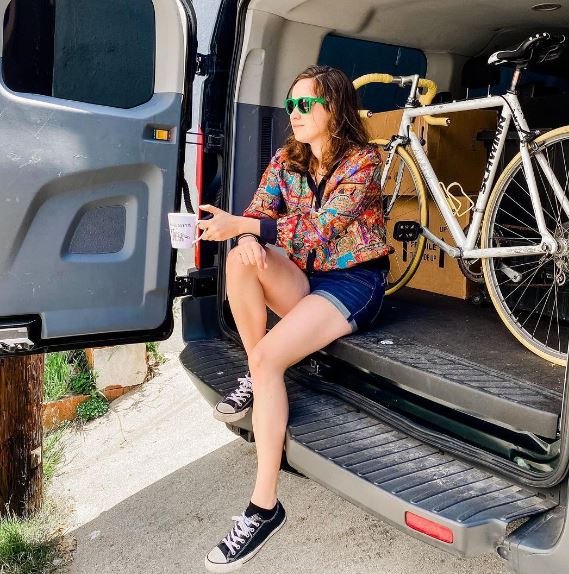 To the date, the band have released four studio albums. They self-released their first album  ‘blueprints, plans’ in 2012. Later, the band dropped the ‘Cidizens’ moniker and began playing as Reina del Cid. In mid-2015, the band dropped their second full-length album The Cooling, with its singles being featured on NPR and Baeble Music.

The second album, including their third Rerun City (released in 2017) were recorded at Pachyderm Studios. In 2019, the band dropped their fourth album Morse Code, with a new member Nate Babbs who replaced Schmidt as a drummer. Their subsequent single release Death Cap was featured in Paste Magazine.

Reina has been uploading the cover and original songs on YouTube since 2007. So far, she has garnered over 227k subscribers and more than 63.5 million views. The major sources of income for Reina have been her YouTube channel, albums, and tours with the band. As of 2020, she enjoys a hefty net worth of roughly $800 Thousand.

As a low-key person, Reina has never divulged about her love affair. She is reportedly single, enjoying creating music, performing live shows, and touring to different cities and countries. The only thing she is in love with is music and her band.

Meanwhile, Reina shares a very close relationship with Toni Lindgren, and they can often be seen together on social handles. Some fans even question their relationship, but the two are just best friends.

Reina is the only child of her parents, who work in the sugar business. Her father bought her first guitar, which suggests that she received huge support from her parents to pursue her music career.

Reina has a decent height of 5 feet 2 inches. The precise figure of her weight is currently unknown. Her brown hair and brown eyes provide a perfect complement to her fair-skinned beauty.