Living in the shadow of Late Bollywood star Rishi Kapoor, Riddhima Kapoor Sahani has made herself into stardom by taking the path of a fashion designer. She is also known for running a jewelry workshop named R Jewelry as a Creative head. Not only that, but she is recognized by being the sister of Ranbir Kapoor.

Riddhima Kapoor Sahani was born in Mumbai, Maharashtra, India in 1980. On every 15th of September, she blows her birthday candle and possesses the zodiac sign of Virgo. She holds Indian nationality and Aryan ethnical background. Riddhima is the daughter of Rishi Kapoor and Neetu Singh.

Before starting her jewelry brand, Riddhima was working as a model alongside her mother, Neetu, in a famous jewelry brand, Notandas. She even got the chance to walk in ramp for numerous fashion designers like Manav Gangwani, Suneet Varma, and many more. Not only that, but she also got several film roles but rejected, as her dream was to became a fashion designer.

Eventually, in 2016, Riddhima started the jewelry line named R Jewelry with her partner, Anuj Kapoor, from the Punjab Jewellers, Mumbai. Then, she launched her first jewelry design called an evil eye, which was loved by popular American actress Goldie Hawn. In 2017, she was also listed as one of the top 25 entrepreneurs in New Delhi. 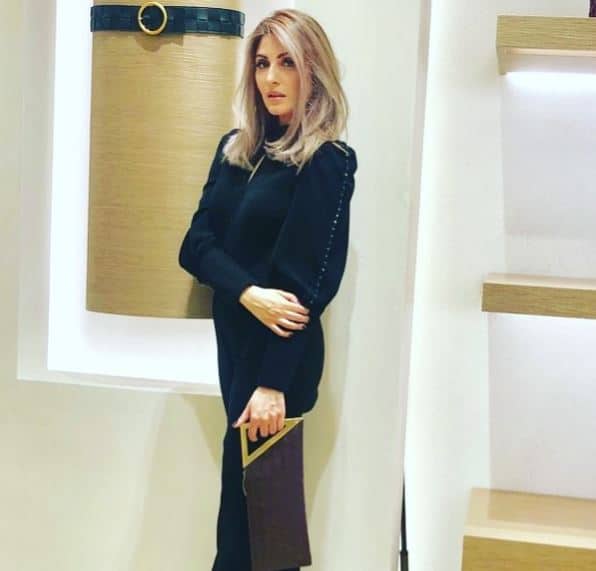 On top of that, Riddhima has designed a bracelet for Justin Bieber when he visited India back in 2017. In January 2018, she started her clothing line named Sam & Friends, which is named after her daughter, Samara.

As for now, Riddhima has gained more than 759k followers on her Instagram account. She has also garnered the net worth of $3 million as of 2020.

The beautiful fashion designer, Riddhima, is a married woman. She has shared her wedding oath to her husband named Bharat Sahni on the 25th of January 2006. Her husband is a Delhi-based businessman.

Talking about their love story, Riddhima and Bharat first met while studying in London. After having three-years courtship, they finally decided to take their relationship to the next step, i.e., marriage.

Furthermore, the duo is blessed with a daughter named Samara Sahni, who was born on 23rd of March 2011. As for now, they are residing in Mumbai with their family.

Riddhima was born in the Kapoor family to parents: Rishi Kapoor and Neetu Singh. Her father was one of the top actors in the Bollywood industry. But, Rishi Kapoor passed away after battling against cancer on the 30th of April 2020. Talking about her mother, she was also an actress who had played in movies like Pavuitra Paapi, Waris, and Do Kaliyaan.

Riddhima’s parents raised her along with a brother named Ranbir Kapoor. He is also known for his incredible acting skill in the Bollywood industry.

Besides that, Riddhima is a yoga enthusiast who often shares her yoga pictures as well as videos on her Instagram account. Being a mother, she has well maintained her body structure but hasn’t disclosed the measurement. However, her height is measured at 5 feet 4 inches and weighs around 55kgs. She has straight brown hair and black eyes.