Rina Sawayama is a singer-songwriter, model, and actress who started her career in 2013. She has released multiple singles, an album, and two Eps. Likewise, her debut album, Sawayama, received widespread critical acclaim. She has also bagged awards like the Attitude Awards and Rober Awards Music Prize. Nonetheless, her upcoming appearance in the fourth instalment of John Wick has many of her fans excited.

Rina Sawayama was born in 1990 in Niigata, Japan. She celebrates her birthday on 16th August, which makes her age 30. She holds British-Japanese nationality and comes from an Asian ethnicity. She had attended Magdalene College, Cambridge.

On 27th October 2017, she released her debut EP, Rina. In 2018, the singer released three singles followed by STFU! In 2019. She released her debut album, Sawayama, on 17th April 2020, followed by her second EP, “Sawayama Remixed”, on 27th November 2020. In 2021, she released an updated version of her song, “Chosen Family”, as a duet with Elton John. Besides music, she has also been signed to Anti-Agency and Elite Model Management. The singer has had a recurring role in a British comedy series, Turn Up Charlie, and will be appearing in the 2022 movie, “John Wick: Chapter 4”. As of 2021, Rina Sawayama holds a net worth of $500k.

Rina Sawayama’s dating life is often in question as the singer rarely speaks on her relationships. However, the singer did come out as a pansexual in 2018. Before, she identified as a bisexual. She came out during an interview with Broadly,

“I’ve always written songs about girls. I don’t think I’ve ever mentioned a guy in my songs, and that’s why I wanted to talk about it.”, she said in an interview.

Nonetheless, she also mentioned being in a relationship with a guy in 2018. Nonetheless, the singer did not share the identity of her partner at the time. As of 2021, the singer’s dating life is still a mystery, and it is not sure if she is still dating the man she mentioned back in 2018.

Rina was born to her parents in Japan. Her family moved to leafy northwest London when she was five. She has mentioned her parents fighting a lot for the money, due to which her parents divorced.

“We went from doing quite well to doing not quite so well at all. I was sharing a room with my mum until I was 15.”, she had shared.

The singer had also shared that her mother worked relentlessly to set up her own business as an interior designer. 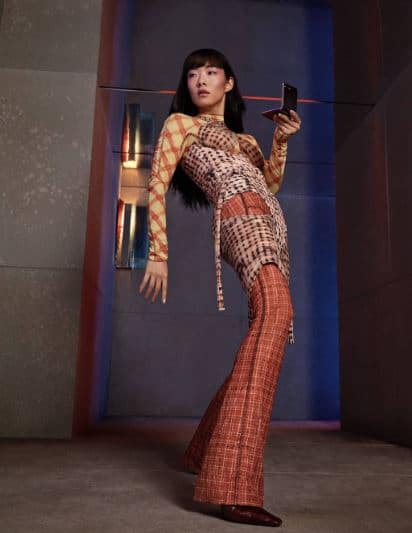 Rina has a height of 5 feet and 7 inches. The Japanese-British singer has a stunning body and slim figure. She possesses black coloured hair and brown coloured eyes.