YouTube has been an amazing platform for many to share their talents to gain huge popularity and opportunity. Likewise, Robby is also a rising young YouTuber who is earning fame for his craft channel. Gaining viewers through his innovative crafts, he has earned millions of subscribers on YouTube.

Robby Burgan was born in 1994 in Los Angeles, California. He celebrates his birthday on April 11, which makes his age 26 and zodiac sign, Aries. Likewise, he holds an American nationality and comes from White ethnicity. The YouTuber attended the UCLA School of Theater, Film, and Television.

Robby is rising as one of the biggest stars on the YouTube channel. He does not only have one channel but has three channels on YouTube. Starting off with his most popular channel, he launched his main YouTube channel, Robby, in February of 2010. Since then he has shared many entertaining DIY videos and 5-Minute crafts videos. He possesses over 2.85 million subscribers on his main channel with over 736 million views. 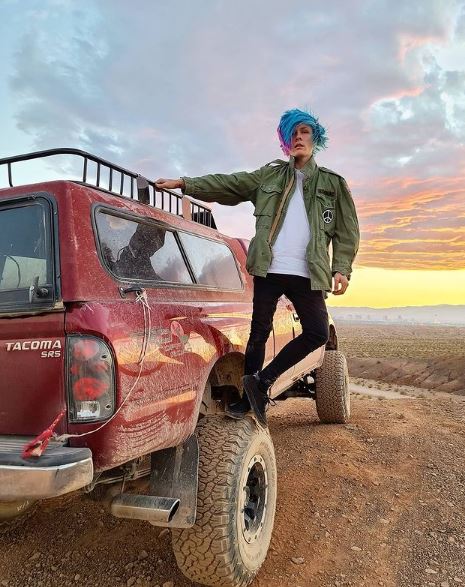 On the other hand, his other channel includes Robby Clips, Robby reacts, Hair Jordan, and a couple of channels, Robby & Tori. Each of those channels has thousands of views. Besides, the vlogger also enjoys over 222k followers on his Instagram, robbyepicsauce. Although Robby has not shared details on his income as of now, he is often referred to as a YouTube millionaire. As of 2021, we assume Robby Epicsauce to have a net worth of over a million.

As Robby gains popularity every day, many of his fans are interested in knowing if he has someone special in his life. If you were not aware, the YouTuber is in a relationship with his girlfriend, Victoria. Like him, his girlfriend is also a vlogger, Yepitsstilltori, and has over 401k subscribers on her channel. Although the pair have not shared how they started dating, they have been together for three years.

On January 13, Robby shared a picture with his beautiful girlfriend with a selfie. The picture captioned,

“It’s my 3 year anniversary with my girlfriend Tori 🙂 Here are some of my favorite moments from this year!”

Moreover, Robby has shared many pictures with his girlfriend on occasions like her birthday, their vacation, and many more. He is often featuring her on his posts and the duo have also collaborated for many videos together. Regardless, the vlogger has not shared anything on tying the knot as of now.

Despite a popular figure on social media, Robert has not shared much on his family. There seems to be no information on his parents and early life. However, the YouTube star did feature his sister in a “Sister Tag” video in July of 2015.

Robby has not shared the statistical measurement of his body. His exact height and weight remain to be a mystery. 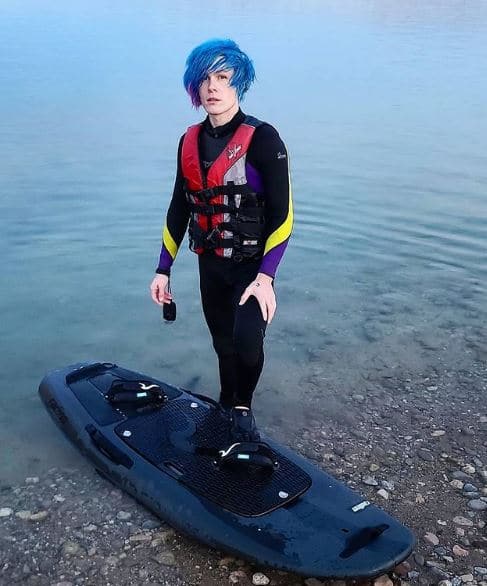 However, judging from the pictures, we can tell that he has an average height and weight. Moreover, he possesses naturally blonde hair which he often dyes to blue and brown eyes.