American actress Rosario Dawson is one of the most respected actresses in Hollywood. She is most notable for her performance in TV series Jessica Jones and Daredevil and films Sin City and Top Five. Besides, she is well-recognized for her political activism.

Originally from New York City, U.S., the 41-year-old Rosario Isabel Dawson was born on 09 May 1979. Her birth sign is Taurus. She is of Puerto Rican and Afro-Cuban ethnicity and is American by nationality. Additionally, Rosario attended Garland High School. She learned acting at The Lee Strasberg Theatre & Film Institue in West Hollywood, California,

At the age of 15, Rosario caught the attention of director Larry Clark who cast her in the 1995 independent drama Kids. Three years later, she appeared in Spike Lee’s He Got Game, followed by a prominent role in the 2001 film Josie and the Pussycats. 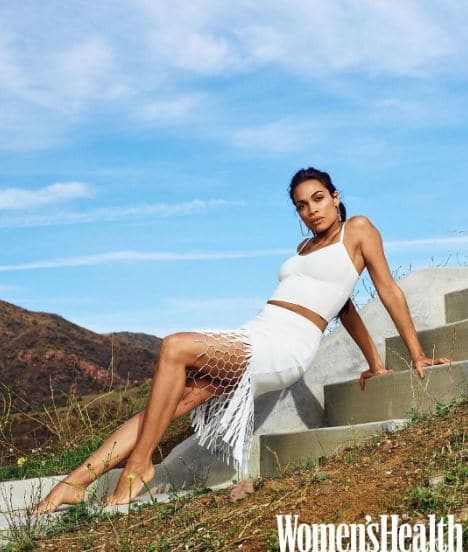 The native New Yorker made her appearance in bigger productions, including Men in Black II, Rent, Sin City, Eagle Eye, and Unstoppable. Her additional acting credits include Chavez, Sin City: A Dame To Kill For, and Top Five. The actress has also dabbled in television, appearing in series like Gemini Division, Daredevil, Iron Fist, Luke Cage, and Jane the Virgin.

In Spring 2019, Rosario appeared in the Netflix feature Someone Great alongside Gina Rodriguez. She bagged the role of Ashoka Tano, a Star Wars character, in the second season of The Mandalorian in 2020. She also landed a lead role in the 2020 TV drama Briarpatch.

Rosario has earned quite a fortune from her film and TV roles. As of 2020, she has a net worth of about $16 million.

Rosario has made headlines for her romantic love life quite often. She has dated many A-list celebrities in the past, including actor Joshua Jackson, rapper Jay-Z, director Danny Boyle, and comedian and actor Eric Andre.

The Briarpatch actress also dated Mathieu Schreyer for three years. They began dating in 2008 and later separated in 2011. Likewise, Rosario was also in a relationship with the British director Danny Boyle for a year. They broke up in 2013.

In March 2019, Rosario confirmed that she was dating New Jersey senator and presidential candidate Cory Booker. A year later, she identified herself as a member of the LGBT community in February 2020.

As of 2020, Rosario is living together with her boyfriend, Booker. She hasn’t married him yet, but the wedding might be soon on the cards. She has a daughter whom she adopted in 2014. Her daughter was 12 years old at the time of adoption.

The Mandalorian actress was born to singer Isabel Celeste and Patrick C. Harris. Rosario’s mother, Isabel, was only 16 when she gave birth to her and never married her biological father, Patrick. Her mother was a singer and writer by profession.

Later, Isabel married a construction worker named Greg Dawson when Rosario was only a year old. Rosario has a half-brother named Clay, who is four years younger. 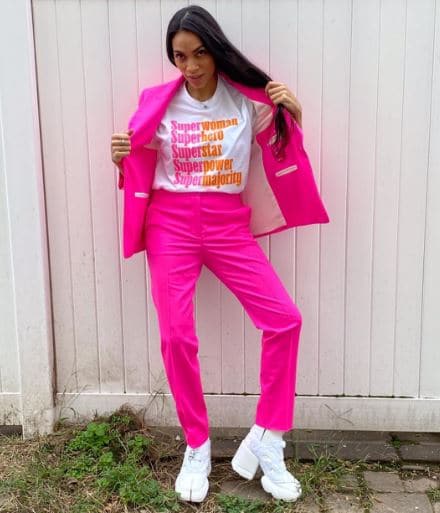 Rosario stands at a height of 5 feet 7 inches. She has a well-shaped body that weighs about 55 kg. She has black hair and black eyes.