Roselyn Sanchez is a multi-talented personality known for her roles in Act of Valor, Rush Hour 2, and Without a Trace. Currently, she leads the FOX reboot of the beloved ABC series, Fantasy Island, playing the island’s facilitator Elena Roarke.

Originally from San Juan, Puerto Rico, Roselyn Milagros Sanchez Rodriguez was born on 2 April 1973 under the star sign Aries. The 48-year-old multi-hyphenate is Puerto Rican by nationality and belongs to the Hispanic ethnicity. She enrolled at the University of Puerto Rico, but she left the course after three years.

Roselyn made her film debut in 1992 as an island girl in the movie Captain Ron. She garnered national recognition as a dancer and as co-host of a variety show called Que Vacilon. She won the Miss Puerto Rico Petite contest in 1993 and the international title of Miss American Petite in 1994. 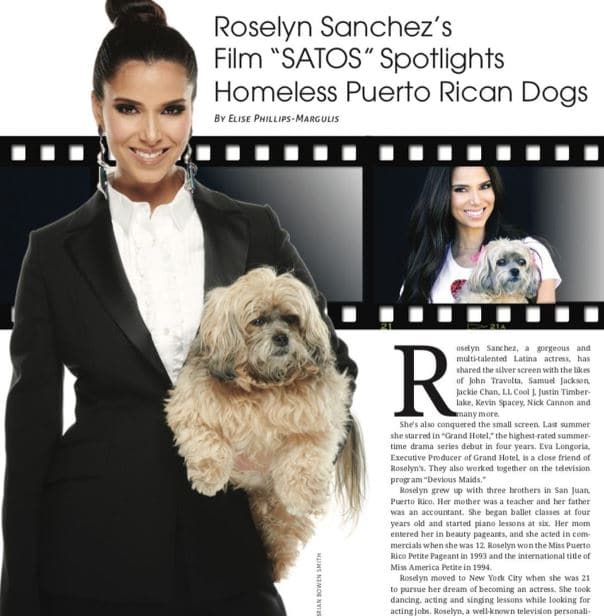 Roselyn has starred in numerous films and TV series. Her acting credits include Rush Hour 2, Underclassman, Edison, Yellow, Act of Valor, As the World Turns, Fame L.A., Kojak, Without a Trace, Devious Maids, and Grand Hotel, among others.

Throughout her long and varied career, Roselyn has earned tens of millions of dollars. She lives an expensive, luxurious lifestyle, thanks to her massive wealth. As of 2021, she has an estimated net worth of $14 million.

Roselyn is happily married to her longtime husband, actor Eric Winter. The couple tied the knot on 29 November 2008, in San Juan, Puerto Rico, after three years of dating. They have two children together; daughter Sebella and son Dylan. Sebella was born in January 2012, and Dylan was born in November 2017.

Eric is not the first husband of Roselyn. She was previously married to English actor Gary Stretch from August 1998 to April 2001. After the divorce from her first husband, she dated Puerto Rican salsa singer Victor Manuelle. But they split in December 2005.

Roselyn is the youngest child and the only daughter of her parents, Efrain and Olga Sanchez. She has three older brothers. Her father and brothers have a degree in marketing.

Roselyn has a decent height of 5 feet 5 inches. Despite being in her late 40s’, she still possesses a slim, slender body that weighs 58 kg. The brunette beauty has brown eyes.