Ryan Sutter is an American firefighter, mostly known as the husband of original Bachelorette, Trista Rehn. He was a contestant on the 1st season of The Bachelorette and came out as the winner after winning the heart of Trista.

The 46-year-old Ryan Allen Sutter was born on 14 September 1974 in Fort Collins, Colorado. He is American by nationality and belongs to the white ethnic group. His birth sign is Virgo. He attended the University of Colorado Boulder.

Sutter originally wanted to become a professional football player. During his college, he played as a defensive back with the Colorado Buffaloes football team. In the 1998 NFL Draft, Baltimore Ravens picked him in the fifth round, but he was cut late in the training camp. Later, he signed with the Carolina Panthers and made the active roster on 28 November 1998.

After injuring his shoulder on his first NFL match against the New York Jets, he got released and joined the Seattle Seahawks. He was cut again and later played one season for the Barcelona Dragons of NFL Europe in 2000. Later, he tried with the New Orleans Saints and suffered a knee injury. Since then, he never played NFL. 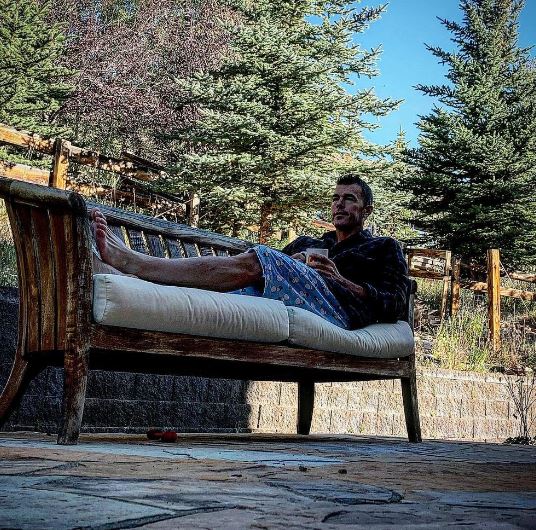 In 2003, Trista Rehn chose Sutter as the winner of “The Bachelorette.” He was also a competitor on the season 9 of American Ninja Warrior. He was a firefighter before his stint on The Bachelorette. He left the job after the show but continued being a firefighter after joining the Denver Fire Department in February 2020.

Sutter is also the founder of an Environmental Strategies Company called Sol Organics. As of 2020, Sutter has a massive net worth of about $2 million.

A founding couple of Bachelor Nation, Ryan Sutter and Trista Rehn have been enjoying the bliss of romantic married life since the last 17 years. Besides, they are now proud parents of two children.

Sutter married his now-wife, Trista, in a televised wedding on ABC on 06 December 2003. ABC broadcasted their wedding as the finale of a three-episode special called ‘Trista & Ryan’s Wedding,’ which was filmed at The Lodge luxury resort in Rancho Mirage, California.

Sutter and his wife, Trista, welcomed their first child, son Maxwell Alston in July 2007. Their son was born four weeks early. Two years later, they welcomed another member in the family, daughter Blakesley Grace in April 2009.

Trista Rehn’s husband, Sutter, is a low-key person and doesn’t tend to stay in the spotlight. Likewise, he prefers to remain silent when it comes to revealing his family details. Information about his parents and siblings are unknown. All we know about is his current family of four; his wife, two kids, and himself.

Sutter has a medium-build athletic body with a tall height. He stands at the height of 6 feet 1 inch, and his body weighs about 203 lb. As the reality star is in his 40s, his beard has started turning white. He has dark brown hair and blue eyes.