Sam Asghari made major headlines when he was spotted together with the pop icon Britney Spears in 2016. Many people know him for dating Britney, who once promised never to date anyone after coming from a failed marriage. However, Sam has managed to win the heart of Britney, and the fans can’t stop finding the couple adorable.

Sam Ashghari was born in 1994 in Iran. He celebrates his birthday on March 3, which makes his age 26. He holds Iranian nationality and moved to the United States as a teenager.

Besides being linked to the pop star, Sam has his professional career as a fitness and commercial model. Before modeling, Sam was interested in becoming a police officer. However, he had a change of heart and instead went for a modeling career. He has appeared in covers of many reputed magazines, including Men’s Health. Moreover, the model also appeared in Britney Spears’s music video for Slumber Party and Fifth Harmony’s Work From Home.

Likewise, Sam is also a fitness trainer who helps clients to achieve their desired body. He worked as a BMC personal trainer at the Royal Personal Training. He also has an online program to which his followers can subscribe for that perfect and effective exercise routine and diet plans. Sam is quite popular on his Instagram, with over 1.3 million followers, and has advertised various fitness brands on his page. As of 2020, Sam Asghari’s net worth is $800 thousand. 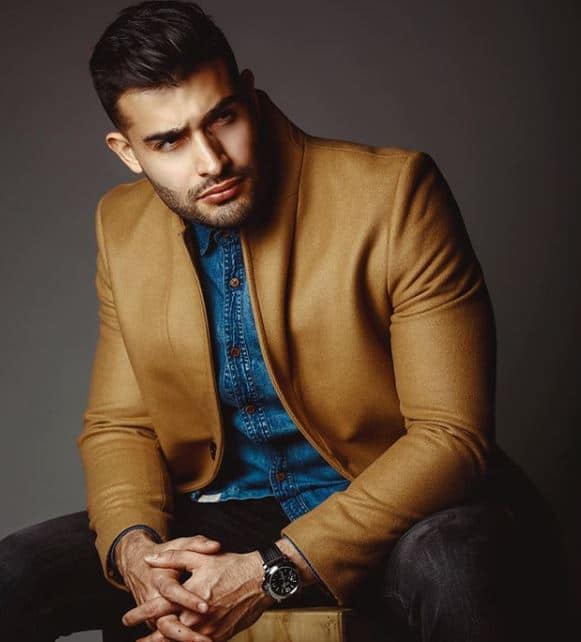 Sam is in a relationship with the pop star, Britney Spears. The couple first met at the shooting for the music video Slumber Party in November 2016. After the filming was over, Sam had posted a picture enjoying sushi with Britney. However, after questions on their relationship started appearing, he quickly deleted the photos and maintained a low-profile. Regardless, Britney later shared a picture enjoying a walk with her alleged boyfriend with the caption “My baby’s birthday,” which confirmed the couple’s romantic relationship.

Since then, the once shy couple has been flaunting each other on social media constantly. Likewise, they have also attended many public events together, and in 2019, they were also rumored to be engaged after fans spotted a diamond ring on her fingers. Britney’s boyfriend also showed his supportive nature when she was checked into a mental health treatment facility. Britney had previously shared vows with Kevin Federline.

Sam has not shared much on his Iranian parents. However, he has four siblings but is mostly close to his biological sister Farzaneh, who is a registered nurse.

Sam stands tall at a height of 6 feet and 2 inches. he has a muscular body and has a chest that measures 42 inches. The trainer was once 290 pounds at one point in his life, but he overcame his weight problems after strict diets and training.