Recently, the president of the United States, Donald Trump said Samantha Bee must be fired. He said so because the American-Canadian comedian insulted Ivanka Trump. So, what’s the real scenery? Don’t you want to know who she is? Let’s take a peek at the news and her biography to know more!

Born on 25th October 1969, Samantha Bee’s hometown is in Toronto, Ontario, Canada. Her real name is Samantha Jamie Bee, and her zodiac sign is Scorpio. The Canadian born comedian belongs to mixed ethnicity as her parents are from different countries. She is a child of Ronald and Debra Bee, who split soon after welcoming her into this world. For education, she went to McGill University and later transferred to the University of Ottawa.

Samantha recently is caught in a controversy. The things went so negatively that, the president Donald Trump called Bee to be fired for using an obscene phrase insulting his daughter in a TV show.

Why aren’t they firing no talent Samantha Bee for the horrible language used on her low ratings show? A total double standard but that’s O.K., we are Winning, and will be doing so for a long time to come!

Here is the video:

A day before, on 31st May 2018, Samantha quickly tweeted apologizing Ivanka Trump and her viewers. She mentioned that the word she used was expletive and her doing was inexcusable.

I would like to sincerely apologize to Ivanka Trump and to my viewers for using an expletive on my show to describe her last night. It was inappropriate and inexcusable. I crossed a line, and I deeply regret it.

Well, this controversy has already made a negative impact on her show. Two of the companies suspended advertisements from the show, and this might affect her whole career.

Samantha started her career not as a comedian, but as a theatre actress. However, she formed a comedy crew titled ‘The Atomic Fireballs’ along with her friends later. On 10th July 2003, she started ‘The Daily Show’ along with co-correspondent Jon Stewart. Some of the movies she acted on includes ‘Ham & Cheese,’ ‘Love Guru,’ ‘Date Night,’ ‘Underdog,’ and more.

Apart from acting in movies, she has contributed in many TV series and shows like ‘The Daily Show,’ ‘Game On,’ ‘Bounty Hunters,’ ‘Good God,’ ‘Full Frontal,’ and others. Moreover, she is a producer and author. She has authored several books including her name. 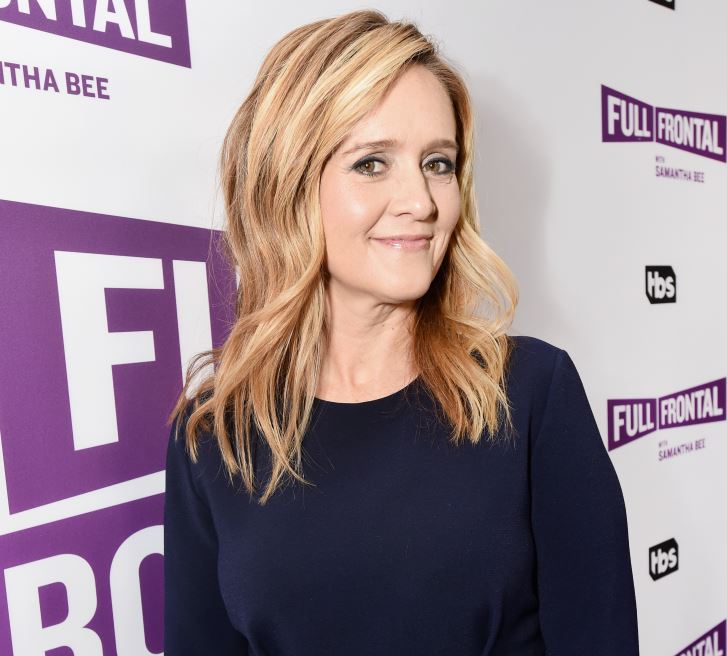 As a fully potential writer, TV host and a standup comedian, Samantha fill her purse with extra bucks more than just her salary. Her annual income is close to $1 million, and her estimated net worth is $7 million as of 2018.

Samantha is a married woman, who is living an elegant married life with her husband, Jason Jones. The beautiful couple tied a knot in 2001, after dating for a long time. Bee met her boyfriend turned husband in 1996, dated for almost five years, and then exchanged vows.

After enjoying five years of dual life, they welcomed their first child Piper Bee-Jones in January 2006. On 24th January 2008, she again revealed about her second pregnancy. In the same year, she welcomed her second baby and named Fletcher Bee-Jones. Again, in 2010, she gave birth to her third child, a baby daughter named Ripley Bee-Jones. As of now, the family of 5 is residing in Manhattan, New York. 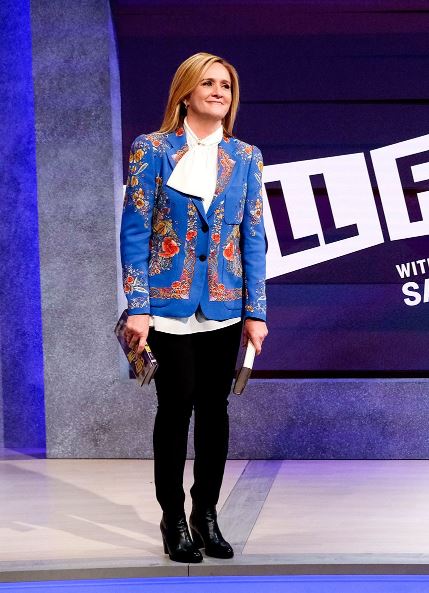 Samantha is decently tall with the height of 5 feet 5 inches and weighs 54 kilos. Her body is slim and curvy measuring 34-28-36 inches approximately. Her hair is blonde and has brown eyes. No further information regarding her dress and shoe size are provided. As a standup comedian, she has amassed more than 1 million followers on Twitter, Facebook, and Instagram combined.