Sammi Giancola is a popular former reality star who came into the spotlight as one of the main cast members in the MTV reality series Jersey Shore. Although her days in the shows are done, she has since appeared in few other shows and has been involved in various ventures, including launching her own brand. Nonetheless, Sammi shocked her fans when she announced her surprising split with her fiancé, with whom she had been together for four years.

Samantha Giancola was born in 1987 in Hazlet, New Jersey, United States. She celebrates her birthday on March 14, which makes her age 34. She holds American nationality and comes from mixed ethnicity of Italian and Greek. The reality star was a four-year varsity soccer letter winner and graduated from William Paterson University, where she also played as a midfielder on the women’s soccer team.

Sammi started her reality TV career after making her debut on the MTV reality show Jersey Shore in August 2009. She has since appeared on many other shows, including The Tonight Show with Jay Leno, The Wendy Williams Show, and others. Likewise, Sammi and her co-stars also made an appearance in the 2012 movie, The Three Stooges. Sammi was a cast member of the show until 2012 and made few appearances on Snooki & Jwoww. 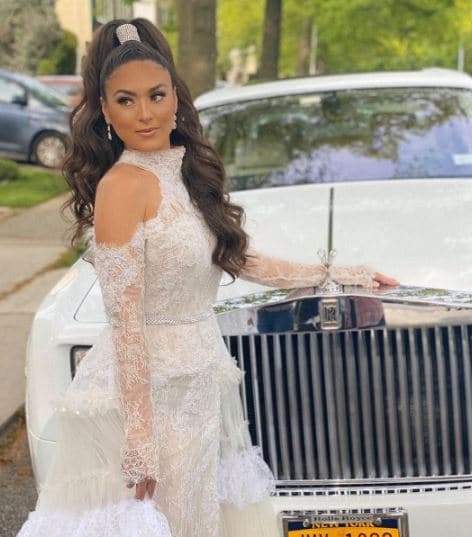 Besides appearing on Television, Sammi endorsed a fragrance, Dangerous, in 2011, and 2013, she launched her online clothing and accessories line, Sweetheart Styles. Moreover, in 2015, Sammi became the co-host on the podcast called Just Sayin. The podcast ran until 2017. As of 2021, Sammi Giancola is estimated to hold a net worth of $4 million.

Sammi had been dating a man named Christian Biscardi. The pair had been supposedly dating since February 2017. Moreover, Sammi and Christian also ran an online business together, The Strength Spot. Likewise, after two years of dating for two years, Sammu announced that the pair were engaged in March 2019. Sammi and her then-fiancé had kept their romance alive and often featured each other on social media.

However, the former reality star confirmed her split with her fiancé in a TikTok video on July 26, 2021. However, she did not share the reason for the split but mentioned being happy as a single.

Before, Sammi had often made headlines for her on-and-off relationship with her co-cast from Jersey Shore, Ronnie Ortiz-Margo. They met on the set in 2009 and started dating before breaking up in 2011 after Ronnie cheated on her. However, they rekindled their relationship again in 2011 before breaking up for the second time in 2014. The pair were seen again in 2016 at Sammi’s 29th birthday party. Although many speculated the duo to have gotten back together then, the former couple did not. For now, Sammi is single, and it might take time before we see her with another partner.

Sammi was born to her parents, Al and Angela Giancola. Her father is a Senior signal engineer, while her mother is an actress. Her family includes her two sisters, Rachel and Nikki.

Sammi has a height of 5 feet and 4 inches. She has a stunning and hourglass-shaped body. The former Jersey Shore star possesses dark brown hair and blue eyes.