The multi-talented artist Samuel Larsen is best known as the winner of the first season of ‘The Glee Project’ and for his role as Joe Hart in the Fox television show Glee. He has also starred in the 2019 romantic drama After and its spin-off series After We Collided. Additionally, he was a member of the band called Bridges I Burn.

Originally from San Francisco, California, the 29-year-old Samuel Larsen was born on 28 August 1991 under the star sign Virgo. His birth name is Samuel Peter Acosta Larsen. He is American by nationality and belongs to the white ethnic group. Additionally, he graduated from Murrieta Valley High School in 2009.

Larsen had an interest in music since his childhood. He began playing the drums, guitar, bass, and keyboard when he was a young boy. In his sophomore year, he was a vocalist and guitarist of the school band 15 North.

In 2010, Larsen appeared as a contestant in season 9 of American Idol but couldn’t make it to the semi-finals. He then began doing runway modelling for fashion designer Ashton Michael. In one of the runway shows, he met his future bandmate, Skip Arnold. Soon after forming the band “Bridges I Burn,” a third member, Salvatore Spinelli joined them. 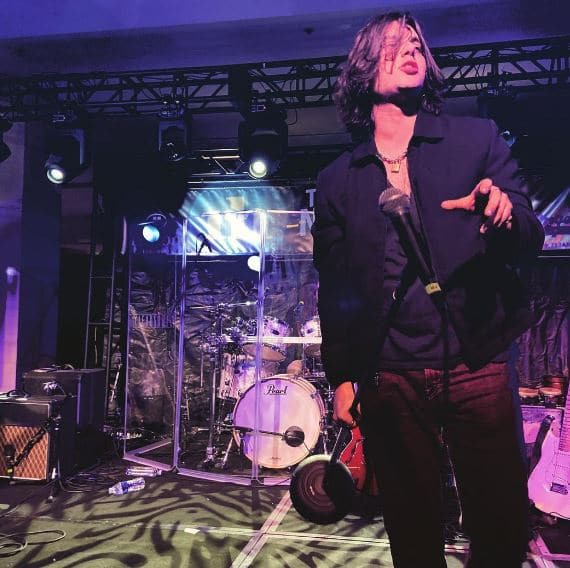 Between 2017 to 2018, Larsen toured with the rock band Palaye Royale. After winning The Glee Project in 2011, he made his first Glee appearance on the thirteenth episode of the third season, entitled “Heart” as Joe Hart. As a winner of The Glee Project, he was meant to appear in seven episodes, but he starred in all the ten episodes of the third season. Additionally, Larsen was a mentor for The Glee Project’s second season. He appeared in 12 episodes in Glee’s fourth season and twice in the final season.

Larsen starred as Zed Evans in the 2019 romantic drama After. He played the role again in the 2020 sequel After We Collided.

Over his singing and acting career, Larsen has earned quite a hefty net worth. However, the exact figure of his net worth remains under wraps.

Larsen has been very open about his love life. He is in a relationship with Legion actress Vanessa Dubasso. Though the pair never revealed how and when they began dating each other, their relationship rumours started circulating in earlier 2018.

Larsen never feels shy to express his love for his girlfriend on his Instagram. He often uploads photos of himself with Vanessa on Instagram, flaunting their romantic chemistry.

Before Vanessa, Larsen was in a two-year relationship with actress Scout Taylor-Compton. They parted their ways in 2013.

The Glee actor was born to parents Henrik and Lupe Acosta Larsen. His mother is from Mexico and his father from Denmark. He often uploads throwback photos of himself with his parents and expresses his love for them on Instagram.

Larsen grew up with his older brother, Manolo Acosta, and a sister, Morgan. 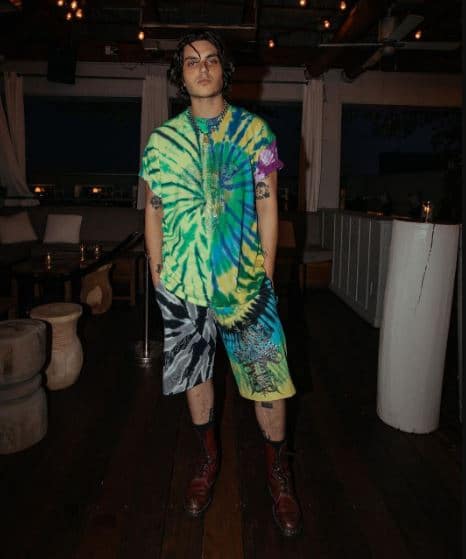 Larsen has a decent height of 6 feet. He has a medium build body that weighs about 70 kg. He has long black hair and brown eyes.