Sarah Damergi is a successful internet entrepreneur, property expert, and one of the most recognizable faces on daytime TV. She has built quite a formidable reputation in travel, property, and lifestyle expertise, having spent almost a decade helping people change their homes and lifestyles on shows such as A Place in the Sun and Coast vs Country.

The England-native Sara Damergi was born on January 6, 1980, under the star sign Capricorn. The 42-year-old TV presenter is British by nationality and part of Lebanese-English ethnicity.

Sara Damergi Net Worth and Salary

Damergi is a regular presenter for Channel 4’s program A Place in the Sun and Coast vs Country. She can also be found presenting on BBC Radio Sussex and Surrey and reporting on BBC1 Sunday Morning Live.

Also, Damergi is an advisor for 3D home printing Charity New Story. She is also a board member on PropTech Sweden which is at the cutting edge of inventions and tech advances. Besides, she often makes appearances on the panel for TV shows such as Jeremy Vine, Good Morning Britain, and reviews stories on Sunday Morning Live. 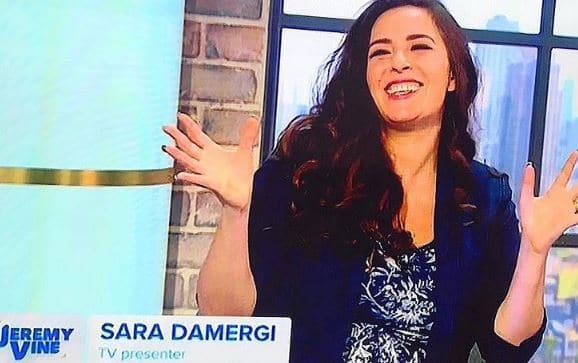 Previously, Damergi has presented an extreme sports show The Crunch, a live quiz format for Channel 5’s The Great Big British Quiz, and red carpet reporting for MTV to name a few. As a property developer, she has bought, renovated, sold, and rented properties in the UK and often helps her father in his projects.

Damergi earns a six-figure sum from presenting A Place in the Sun. Besides, she receives more than $7000 for a few hours of presenting corporate events. In 2019, she sold her one-bedroom garden flat in Putney and made $183,000 profit. Besides, she owns a two-bed flat in Catford, South London. As of 2022, Sara Damergi has a whooping net worth of $5 million.

The beautiful Damergi is reportedly unmarried. However, she is in a long-time relationship with her partner Kent. She is two years older than her boyfriend, who is now 40.

As of 2022, Damergi lives in South-West London with her partner and their two kids. She is a great mother who thinks parenting is the most important job in the world.

The A Place in the Sun presenter comes from a family background of property dealers. She was born to a Lebanese-Muslim father and British mother. Her father is a property developer and has been an advisor to the Prime Minister of Lebanon. She inherited her entrepreneurial mindset from her father.

Damergi’s parents divorced when she was only four years old. After the divorce, she started living with her mother and used to visit her dad during weekends. As a child, she has escaped the war in Beirut with her mother. 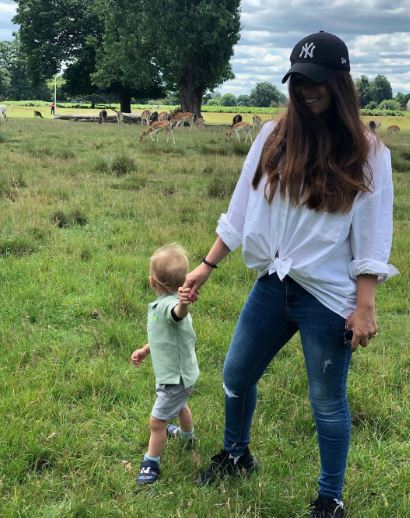 The brunette beauty has a decent height of 5 feet 9 inches, and she weighs around 57 kg. She has dark brown hair and brown eyes.

What does Sara Damergi do now?

Sara presents her own podcast called Lifehackers along with Kerr Drummond as of 2022.

How old is Sara Damergi?

What nationality is Sara Damergi?

Sara Damergi is British by nationality.

What ethnicity is Sara Damergi?

Sara is not married yet and does not have a husband.

Who is Sara Damergi's boyfriend?

Sara is dating her boyfriend, Kent.

How much does Sara Damergi make?

What is Sara Damergi's net worth?

How many kids does Sara Damergi have?

Who are Sara Damergi's parents?

Sara was born to Lebanese-Muslim father and British mother, of whom identity is not revealed.

How tall is Sara Damergi?