The American actress, Sarah Hyland gained stardom from the role, Haley Dunphy on the hit TV series, Modern Family. From there, she even got nominated for Critics’ Choice Television Award for Best Comedy Supporting Actress in 2013. Not only that, but she is also known for starring on the 2014 film named Vampire Academy as well as the 2019 comedy, The Wedding Year.

Sarah Hyland was born in New York City, New York, in 1990. She celebrates her birthday on every 24th of November and possesses Sagittarius zodiac sign. She is the daughter of Melissa Canaday and Edward James Hyland. Also, she has a sister named Ian Hyland. She earned her education from the Professional Performing Arts School in Manhattan.

In 1997, Sarah made her debut in the film called Private Parts as Howard’s Daughter and as Elizabeth in A Tall Winter’s Tale. In Television series, she debuts by playing Rain Wolfe in Another World from 1997-1998. Till the end of the 90s, she has played in movies and TV series like The Object of MY Affection, Advice from a Caterpillar, Cradle Will Rock, Trinity, Annie, and The Audrey Hepburn Story. 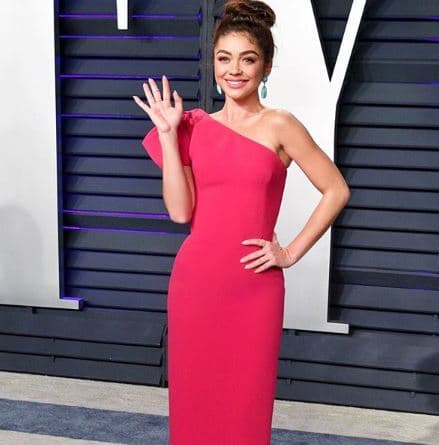 Before appearing on the ABC sitcom, Modern Family as lead role Haley Dunphy, Sarah was portraying in Law & Order, Falcone, Lipstick Jungle, Spanglish, and Blind Date. Then her role as Haley Dunphy help her win four Screen Actors Guild Award for Outstanding Performance and also got nominated for Best Supporting Actress at the 2013 Critics Choice Television Awards. She was also nominated for the Teen Choice Awards. 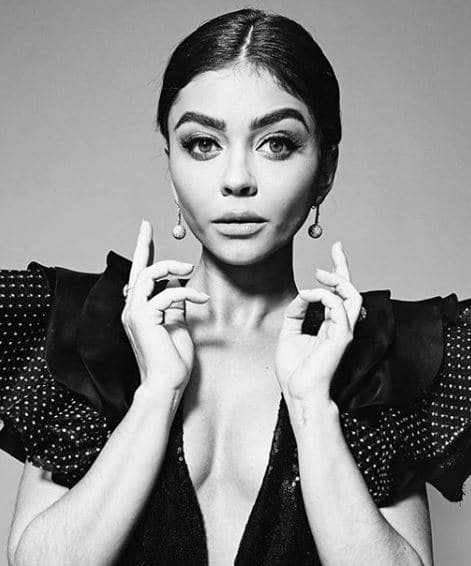 Additionally, Sarah has even made into a music video where she first appeared in Reid Ewing, son, In the Moonlight (Do Me) in 2009. Likewise, she was featured in Boyce Avenue’s song, Closer, and Don’t Wanna Know in 2016. In 2019, she was cast in Jordan McGraw song Met At A Party in 2019.

American actress, Sarah is enjoying her relationship with Wells Adams, who is a Bachelor in Paradise and The Bachelorette star. The couple began dating since the month of November 2017. Then in August 2018, they started living together in Los Angeles.

Eventually, their love story has reached toward engagement. The pair announced their engagement on 17th July 2019 through their Instagram. Her boyfriend-turned fiancé, Wells, shared a video of him purposing Sarah with a beautiful 5-carat Oval cut diamond ring.

“Sarah’s ring looks like a beautiful white 5-carat Oval cut that is most likely F or G color and VS clarity,” 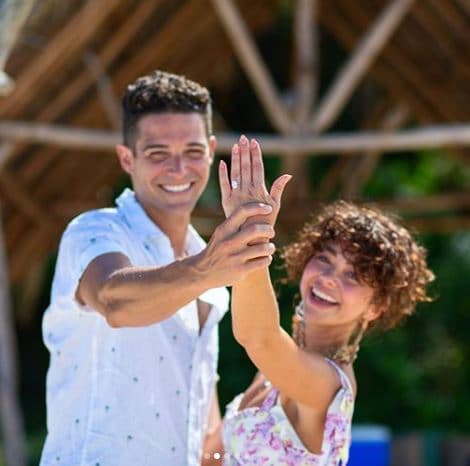 Furthermore, Sarah gushed over her engagement with Instagram collage and caption

“That can’t eat, can’t sleep, reach for the stars, over the fence, world series kind of stuff,”

Sarah possesses a mixed ethnical background and was born with the middle name Jane. She is the daughter of Edward James Hyland and Melissa Canaday. Her parents are actors. She was raised with a sister named Ian Hyland, who is also an actress.

Sarah’s body measures at 34-25-34 inches and has a height of 5 feet 2 inches. She has brown hair color and green color eyes.