Sarah Keith-Lucas is an English meteorologist who currently serves as a weather presenter on BBC One. Since October 2016, she has been broadcasting weather forecasts across a range of BBC platforms, including BBC News, BBC Breakfast, BBC World, and BBC Radio 4.

Originally from Hastings, East Sussex, Sarah Dorothy Keith-Lucas was born on 12 February 1982 under the star sign Aquarius. The 38-year-old meteorologist is British by nationality and part of English-German ethnicity. She attended a co-educational state grammar school in Kent named Cranbrook School. Furthermore, Sarah completed her GCSEs at Robertsbridge Community College. Later, she studied Geography at Durham University, specializing in meteorology and climate change. 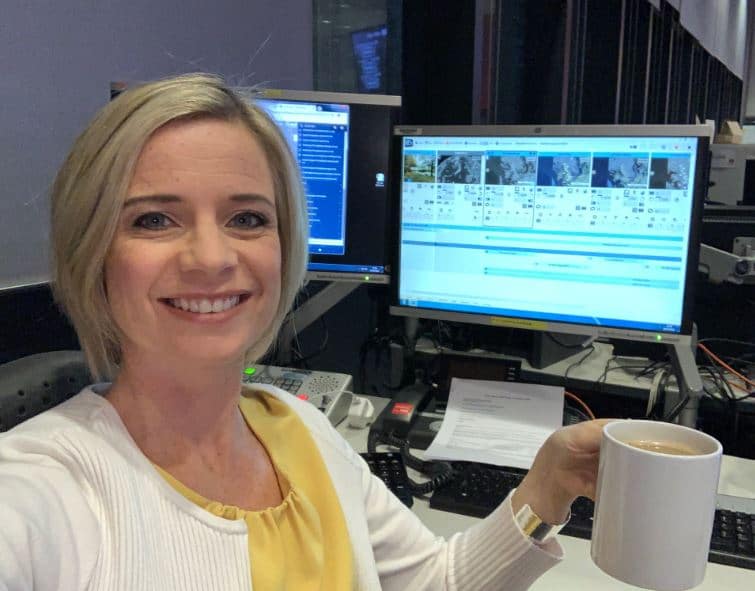 In 2008, Sarah joined the BBC Weather team as a broadcast assistant. Eventually, she trained to become a broadcast meteorologist. In 2017, she replaced Carol Kirkwood as the prime weather journalist for BBC.

Sarah is too concerned about her family and tends to keep her private life away from public scrutiny. Though she is a married woman and the mother of two children, she hasn’t revealed anything about them.

All that is known is that Sarah has two sons. Her oldest son, Leo, was born in October 2010. She has named her youngest son Oscar.

The meteorologist was born to parents Christopher Leslie Keith-Lucas and Claire Forrester. She grew up with her older brother.

Sarah’s middle name comes from her late grandmother named Dorothy de Bauduy Robertson, who died in a road accident in 1979. Her grandfather, David Keith-Lucas was a president of the Royal Aeronautical Society from 1968 to 1969.

Sarah has a decent height of 5 feet 4 inches and weighs around 54 kg. Her blonde hair and brown eyes provide a perfect complement to her stunning personality.