Originally from Newark, New Jersey, Ash-Shakur Nafi-Shahid Stevenson was born on June 28, 1997, which makes his birth sign Cancer. The 25-year-old professional boxer is American by nationality and belongs to the Puerto Rican ethnicity.

Shakur Stevenson Net Worth and Salary

Stevenson turned professional on February 9, 2017, signing a promotional contract with Top Rank. He won his first professional fight against American boxer Edgar Brito via a fifth-round technical decision on April 22, 2017. The next month, he made his Madison Square Garden debut and defeated Argentine boxer Carlos Suarez in just 2 minutes and 35 seconds of the first round.

After consecutive 14 wins, Stevenson moved up to the super featherweight division. On December 12, 2020, he defeated Toka Khan Clary, with all three judges scoring the contest 100-90 in his favor. He continued his winning streak defeating Jeremiah Nakathila and Jamel Herring.

Stevenson has already been taken. He is currently in a relationship with rapper, Young Lyric. His girlfriend is one of the most proficient young rappers out there, having already been compared to industry giants like Cardi B, Nicki Minaj, and Lil Wayne.

The pair made their relationship Instagram official on December 17, 2020, sharing a series of pictures, where the two were seen kissing each other. The following year, the two welcomed their first child, daughter Leilani Asha, on December 6.

Most recently, Stevenson and his rapper girlfriend reached a new milestone in their relationship. On April 30, the New Jersey native proposed to his baby mama just after beating Oscar Valdez to become the unified super featherweight champion.

After handing Valdez the first defeat of his career, Stevenson was joined by his entourage in the ring, including his girlfriend. While being interviewed by Bernardo Osuna, Stevenson got down on one knee and proposed to Young Lyric, saying:

Lyric, a mother to Stevenson’s daughter, was visibly emotional – saying “yes” before embracing her new fiance. The newly engaged couple has yet to spill beans about their wedding plans.

Shakur Stevenson is the oldest of nine siblings, born to his mother Malikah Stevenson, and his Puerto Rican father, who was not a part of his life. He and his eight siblings were raised by his stepfather Shahid Guyton. At the age of five, Stevenson took boxing under his grandfather Wali Moses.

Stevenson stands tall at the height of 5 feet 7 inches or 170 cm. As a professional boxer, he hits the gym regularly to build up his muscle and gain an athletic physique.

Shakur Stevenson is a native of Newark, New Jersey.

How old is Shakur Stevenson?

What is Shakur Stevenson’s real name?

Where is Shakur Stevenson from?

Who are Shakur Stevenson’s parents?

Shakur Stevenson’s father is Shahid Guyton, and his mother is Malikah Stevenson.

Shakur is not married yet.

Who is Shakur Stevenson’s wife?

What is Shakur Stevenson’s net worth?

How tall is Shakur Stevenson?

Shakur stands tall at a decent height of 5 feet 7 inches. 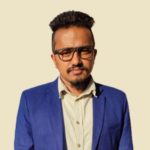 Louis loves celebrity paparazzi and entertainment articles. Articles about what's happening right now and how things might turn out in the future are where he's headed for.