Shannon Leto is an American musician, songwriter, and drummer of the popular rock band “Thirty Seconds to Mars.”  Despite the commercial failure of their first studio album “30 seconds to Mars”, they came into prominence after the release of their second album, “Beautiful Life,” which was released in 2005.

With the release of “This Is War” in 2009 and “Love, Lust, Faith and Dreams” in 2013, the band maintained its position and made Shannon a well-known name with more than 15 million albums sold worldwide.

To date, Shannon has not only worked as a drummer for the five studio albums of his band but has also worked as the record producer and collaborated with Antoine Becks, The Wondergirls, and Street Drum Corps.  With the release of 16 singles, three other songs, live performances, and numerous tours, he has established himself well in the music industry and is praised for his dynamic drumming style. 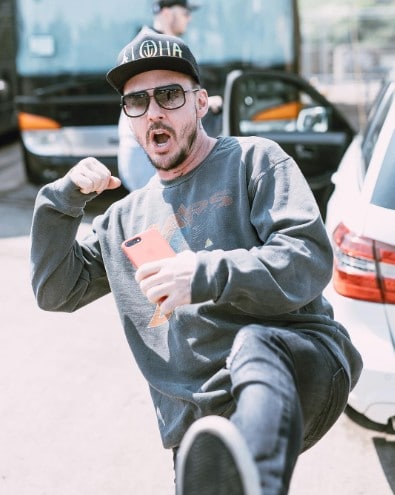 Besides playing drums, composing music, and writing songs, he has also dabbled in acting as well. He had appeared in television series “My So-Called Life” and films like “Prefontaine(1997)”, “Sol Goode (2001)” and “Highway(2002)”. He is also a businessman. He launched a Black Fuel Trading Company in 2014 and started as a businessman through coffee-trade.

In 2019, Shannon bought 2,600 Square feet home in Sunset Strip Area, which had cost him $900 thousand. He often drives a Rubicon Jeep worth $40 thousand. With all these projects he has handled, we can assume that he has amassed a great fortune. His net worth to date stands at $10  million.

Shannon is reportedly single to date and is yet to get married. However, he has a string of exes, and his love life has been as popular as his music.  He has been in relationships with:

Besides, he had been linked with or rumored dating the following ladies:

Shannon Leto was born on March 9, 1970, in Bossier City, Louisiana, to Constance Leto, who belonged to Acadian ancestry. The details of his biological father are not known, and “Leto” was the surname of his stepfather Carl Leto. His biological father had remarried and later had committed suicide when Shannon was just ten years old. He has a younger brother named Jared, and both of them had lived with their maternal grandparents, William Lee Metrejon and Ruby Russell. Besides Jared, he had two younger half brothers from his father’s second marriage.

Shannon’s mother had been the one who motivated him to pursue arts and music.  Shannon and Jared both shared their mother’s interest in arts and began dabbling in painting and music from an early age.  During his school days, he had started doing drugs and eventually dropped out of school. He had described himself as “a mess who didn’t belong anywhere” during those days.

Shannon stands at a decent height of 5 feet 9 inches and weighs about 68 kilos. He has a decent body measurement of 42-32-14 inches (Chest-Waist-Biceps). He has tattoos on his shoulders and arms.