Photojournalist, fitness guru, blogger, and model, Sjana Earp is known for uploading lifestyle, fitness, fashion, travel and mental health contents on her social media account. She came to prominence when she began posting posts and answered the question about certain things on the Tumblr as ‘thesuncameouttoplay.’ She has also amassed more than 1.4 million followers on her Instagram account.

Now, let’s get to know more about Sjana Earp’s personal as well as professional life!

Sjana Earp was born in the town of New South Wales, Australia on 19th November 1994. She is native Australian and belongs to white ethnicity. Her zodiac sign is Scorpio. She was born in the Earp family but tends to keep her parents detail away from the public. She was raised among her siblings; brother Sam and Josh Earp. Furthermore, she hasn’t disclosed her educational detail yet.

With Sjana engaged in developing her career, she has already begun amassing a substantial net worth. Her Blogging and photojournalism, has helped her earn a good fortune. She is a trained yoga instructor and also has a website name SMYLE which stands for  “Secrets to Make Your Life Exceptional.” Moreover, Sjana has garnered 1.4 million followers on Instagram. 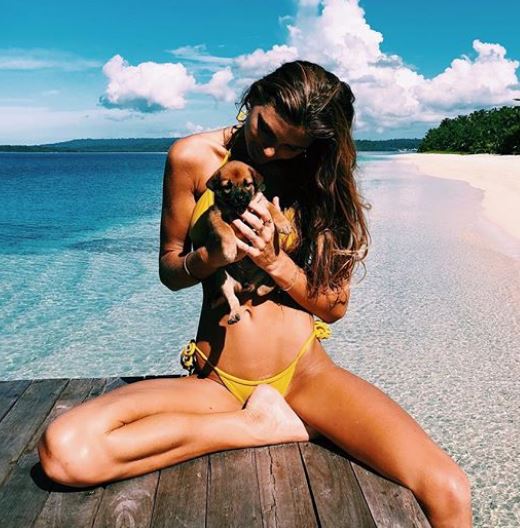 The beautiful traveler and fitness guru dwells on a hefty amount of revenues, but her net worth estimation is yet under review. Her income for a post is whopping in the figure of $15,000. As of 2018, Sjana’s net worth is estimated at $300 thousand.

Dating a Boyfriend; rumored with a 1D member?

Regarding Sjana datings and affairs, she is currently single. She hasn’t confirmed nor announced her relationship status till date. She must be busy with her fitness and yoga training session without any interest in romance.

Previously, Sjana was romantically involved with a boyfriend named Louis Solywoda. The pair often flaunted their dating life on Instagram, and she even posted a picture with her ex-boyfriend by captioning:

However, later, she removed it. The pair used to live on an island together. They ended their relationship after dating for a few months.

In November 2017, Sjana was reported to have hung out with a member of Harry’s band, while he was on his Australian tour. Harry’s keyboard player, Clare Uchima shared a picture on Instagram of her sitting in the chair at the bar. However, later the post was taken out. 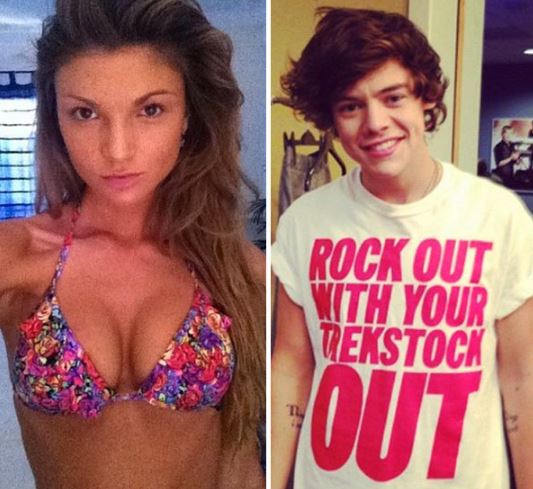 According to NW magazine, Harry Styles told Nova that he was looking forward to catching up with his ‘friends’ in Australia. Harry along with his band members was reported to have stayed in the same hotel. The rumor swirled around that Harry and Sjana secretly hooked up at the Sydney hotel.

Back in 2013, Harry and Sjana first sparked dating rumors when a 1D member took her for a dinner date to McDonald’s. Moreover, Sjana couldn’t stop herself gushing about the singer, Harry on her blog. However, later, she denied dating rumors by stating:

So yes, I spent some time with Harry throughout the weekend, and no I don’t desire to elaborate further and I’d appreciate if everyone could respect that. He is quite literally one of THE nicest and most beautiful humans I have met and I think he deserves to have a break from being scrutinized, criticised for his friend choice, pried upon and rumors started or falsely spread. Don’t you?

Sjana is born in the Earp family but hasn’t shared her parent’s information. However, she was born with the name Sjana Elise Earp. Moreover, she grew up along with siblings; brother Sam and Josh Earp. At her teenage, she suffered from depression and was also admitted to a Psychiatric hospital.

At the age of 15 and 16, she even tried to commit suicide a couple of times. However, her parents helped her overcome depression in several ways. Since then, Sjana admires her parents a lot and shares everything with them. 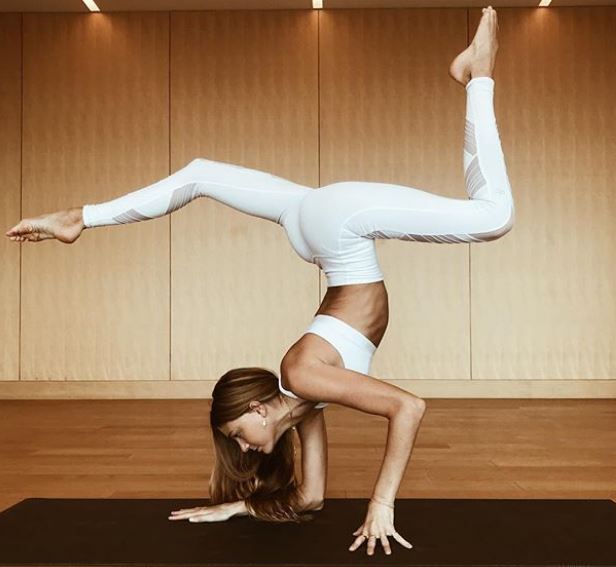 Sjana is decently tall with the height of 5 feet 9 inches and weighs appropriately. Through her yoga, she has maintained a  slim fit body with mesmerizing curves, but her body measurement is confined. She has fair skin, Blonde hair, and a black eye.