Sloane Stephens is a professional tennis player who achieved a career-best ranking of No.3 globally after Wimbledon in 2018. Likewise, she was also the 2017 US Open champion and has won six WTA singles titles in total. However, 2021 has not been kind to the tennis player as she has struggled to go past the first round of multiple tournaments and was on a five-match losing streak.

Sloane Stephens was born in 1993 in Fort Lauderdale, Florida. She celebrates her birthday on March 20, which makes her age 29. She holds American nationality and comes from African-American ethnicity. She was introduced to tennis by her step-father.

Sloane Stephens Net Worth and Salary

Sloane started playing tennis at the age of nine. She started showing her talent at the sport, and her family began home-schooling her when she was twelve to accommodate her tennis schedule. Likewise, Sloane started gaining attention in 2008 after she reached the finals of the US Open Junior Doubles competition. Later, she won various matches and also reached the quarter-finals for Junior Grand Slam events throughout 2009. 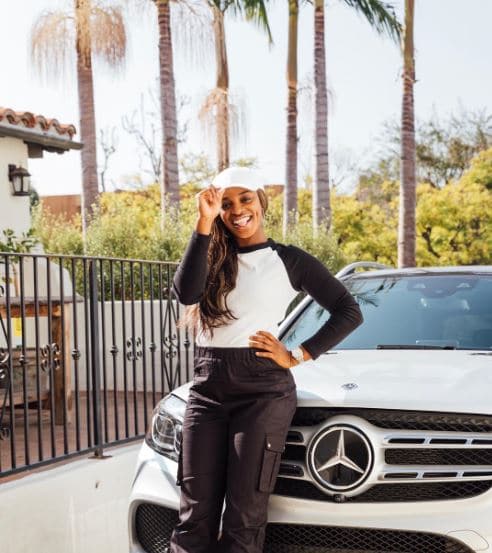 In 2010, Sloane and her partner won the Junior Doubles title at the French Open, the US Open, and Wimbledon. Likewise, she gained international attention at the 2013 Australian Open with a semifinal run highlighted by an upset of then-world No.3 Serena Williams. In the first half of 2016, Sloane won three WTA titles. In 2017, she won her first Grand Slam singles title at the US Open in just her fifth tournament back. Moreover, she was also awarded WTA Comeback Player of the Year.

In 2018, she continued her success by winning her first Premier Mandatory title at the Miami Open, reaching a second Grand Slam singles final at the French Open, entering the top 10 for the first time, and finishing runner-up WTA Finals. As of 2022, Sloane Stephens holds a net worth of $20 million and has won over $15 million in prize money.

Sloane is married to United States national soccer team player Jozy Altidore. Although the pair have been together since 2017, they first met when Sloane was 10 years old after Sloane and her family moved to Florida to pursue her tennis career. The rumor of the pair being together started in 2017 as they were often supporting each other games. Nonetheless, in April 2019, Jozy popped the question, and the pair announced their engagement on social media.

Sloane has also featured her boyfriend on several other occasions, including his birthday. She wrote an adorable post on the occasion of her fiancé’s 30th birthday. The tennis player wrote,

“Happy 30th to my person. I can’t imagine doing life without you – through everything, you are my rock. I can’t wait to see what this next chapter has in store for you”

On January 1, 2022, Sloane married her fiance-turned-spouse, Jozy Altidore in Bal Harbour, Miami. It’s been six months since their marriage, and we hope to get some happy news soon.

Before, Sloane was in a relationship with fellow American tennis player Jack Sock. The pair dated for over a year.

Sloane was born to a family of athletes, father John Stephens and mother Sybil Smith. Her father was an American football player who briefly played in the NFL, while her mother was an all-American swimmer at Boston University. However, Sloane was raised by her mother after her parent’s divorce.

Her mother remarried her stepfather, Sheldon Farrell. Unfortunately, Sloane lost her father in 2009 and her stepfather when she was 14 years old. She has a younger brother named Shawn Farrell.

Sloane has a height of 5 feet and 7 inches. Likewise, she has a lean muscular body and weighs around 61 kg. The stunning tennis player’s body measures 34-24-33 inches. She has brown colored eyes and black colored hair.

How old is Sloane Stephens?

How rich is Sloane Stephens?

Sloane Stephens is an American pro tennis player who has won $16 million in prize money to date, therefore is rich.

Where did Sloane Stephens go to college?

What is Sloane Stephens’ net worth?

Sloane Stephens has an estimated net worth of $20 million as of 2022.

Who is Sloane Stephens’ husband/spouse?

Sloane Stephens’ husband is Jozy Altidore, whom she married on January 1, 2022.

How tall is Sloane Stephens?

Sloane stands decently tall at a height of 5 feet and 7 inches.