Another female cast member who has two children apart from JWoww is Snooki. Her real name is Nicole Elizabeth Polizzi, however, is known by her nickname. Apart from being a cast member of JS, she also featured on ‘Snooki & JWoww.’ Now let’s get detailed information regarding her career and personal life through this wiki!

Snooki’s birth name is Nicole Elizabeth Polizzi. She was born on 23rd November 1987 in Santiago, Chile and is best known as a Television personality. Italian American parents adopted her. Snooki holds American citizenship and belongs to multiracial ethnicity. She follows Roman Catholic religion and Sagittarius is her zodiac sign. She completed her education at Marlboro High School. Her name is known to the world for being a cast member of the MTV reality show Jersey Shore and for starring in Snooki & JWoww.

Snooki debuted in the TV industry from MTV’s ‘Is She Really Going Out with Him?’ After that show, she became a cast member of the MTV reality show, Jersey Shore in 2009. This series helped her gain popularity and extend her career. She was identified as ‘the breakout member of the cast’ and was one of the popular celebrity Halloween costumes of 2010. She also has appeared in many others TV shows including MTV Music Video Awards, New York Stock Exchange, TLC’s Cake Boss, The View CMT Music Awards, and others. 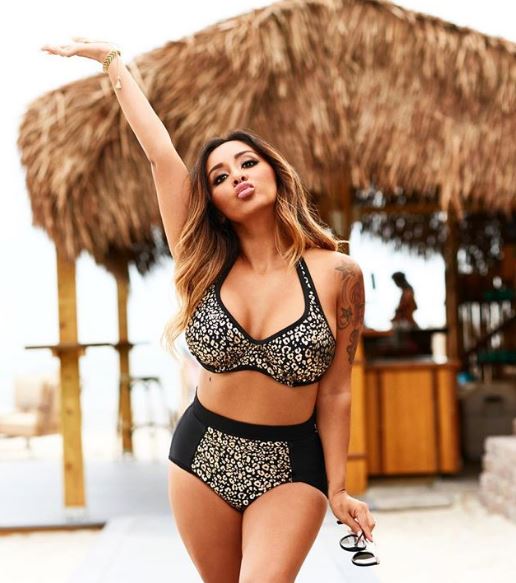 Along with JS cast JWoww, she starred a show titled Snooki & JWoww. She won WWE Slammy Awards for ‘A-Lister of the Year’ in 2011. After getting success on TV Screen, Snooki launched her business of fashion accessories and beauty product. She also wrote a book A Shore Thing but couldn’t gain enough success. Polizzi’s net worth is $4 million and now earns $150 thousand per episode as of 2018.

The 30-year-old Snooki is a married woman. She is married to Jionni LaValle. They have been married for three years. She first met her husband in 2001 during a night out in Seaside Height’s fist-pumping headquarters. The pair fell for each other and tied a knot on 29th November 2014 after living two years of engaged life. They have two children together, Lorenzo Dominic and Giovanna Marie.

Before marrying her husband, she dated quite a few guys including Emilio Masella, Justin O., and had an encounter with Nick Stefano, Jeff Miranda, Dennis Figueroa, Vinny Guadagnino and Mike ‘The Situation’ Sorrentino. 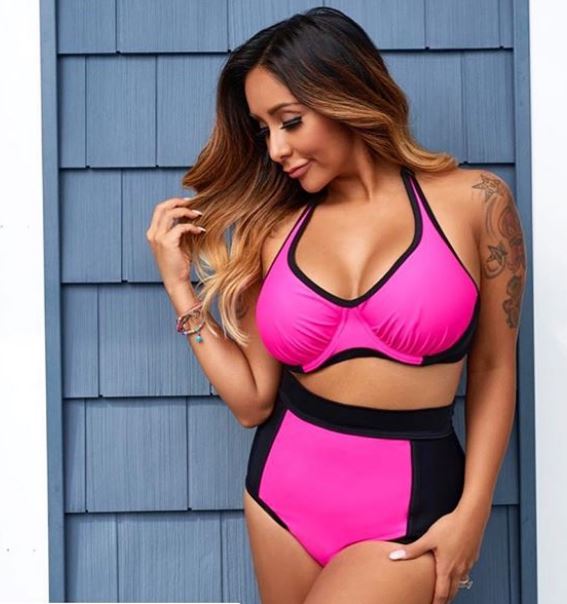