The Parasite was the hit movie of 2019, bringing a simple story of the rich and low-income families. Among those, Song Kang Ho played the starring role of Kim Ki-the head of the poor family. Eventually, the movie became the first South Korean film to win the Palme d’Or and Academy Awards for Best Picture in 2020.

The South Korean actor, Song Kang Ho gained international recognition from the film, Snowpiercer, and Parasite. He is also recognised for appearing in The Day a Pig Fell into the Well, Memories of Murder, The Host, and A Taxi Driver.

Song Kang Ho was born in Busan, South Korea, in 1967. His birthday falls on the 17th of January and holds Capricorn zodiac sign. He possesses the South Korean nationality and Asian ethnicity.

Song Kang Ho started his acting career by joining Kee Kuk-SEO’s theatre company and made his stage premiere, Dongseung, in 1991. After spending a decade as a stage actor, he got the opportunity to play in The Day a Pig Fell into the Well. In the late 90s, he appeared in movies like Green Fish, No.3, Bad Movie, The Quiet Family, and Shiri. 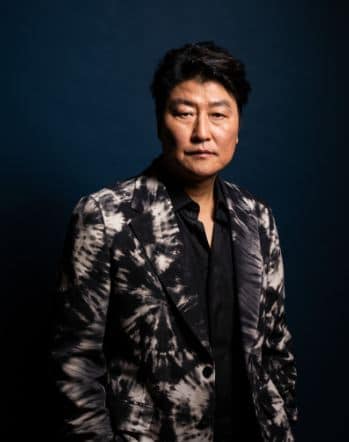 Eventually, Song Kang Ho’s career made a breakthrough from the hot movie, Memories of Murder as a leading role in 2003. He also made a mark in the entertainment industry by starring in The President’s Barber in 2004. Not only that, he has portrayed the role in The Host, Thrist, and Day Trip also helped him gained the limelight.

However, his role of Namgoong Minsu in the Snowpiercer(2013) and Kim Ki-in Parasite cemented his name in the industry. 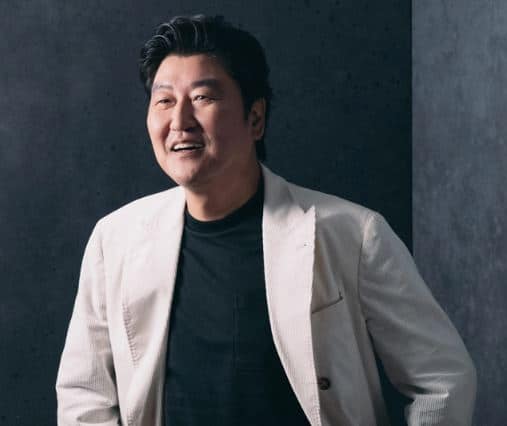 Song Kang Ho is married to his beautiful wife, Hwang Jang-suk. The couple shared their wedding vows in 1995. The soulmates are blessed with two children – son, Song Jun-pyoung, and daughter, Ju-Yeon. Their son was born in 1996 and is a footballer playing for Suwon Samsung Bluewings. But, his daughter’s birthdate information remains confined.

Song Kang-ho was born and raised in Busan but hasn’t spilled any clues about his parents. He started having an interest in acting since grade eight. Talking about his education, he went to study at Gimhae High School. Eventually, Song got his degree in broadcasting from Busan Kyungsang College.

Song Kang Ho has an average height of 5 feet and 10 inches and weighs around 70kgs. He has brown curly hair and has black eyes.