Sophie Pecora, the 17-year-old Danville musical artist, captivated millions of hearts with her viral vocals on NBC’s ‘America’s Got Talent’ in 2019. The singer-songwriter has not slowed down since then and has released an EP titled ‘Raise the Bar,’ which contains singles like ‘7th Grade’ and ‘Misfits.’ The young artist is ready to conquer the music industry while turning feelings into art.

The 17-year-old Sophie Pecora was born on 26 October 2003 in California, USA. Being born in the month of October, her birth sign is Scorpio. She belongs to the White ethnic group and is American by nationality.

The quarterfinalist of AGT 2019 was interested in music from an early age. She started writing songs and performing live at the age of nine. At the age of 13, she had her first real show in Venice Beach. Her singing career jumpstarted when YouTuber Shane Dawson discovered her. However, it was her stint in NBC’s reality competition series that skyrocketed her career.

Before appearing on AGT, Pecora had already performed live at Pier 39 in San Francisco in 2017. Her appearance on AGT earned her an immense number of followers on social platforms like YouTube and Instagram. Her self-titled YouTube channel, which consists of cover songs and her original singles like “Misfit,” “Devil,” “7th Grade,” and “Use Me,” has amassed over 649k subscribers and over 16.5 million views. Her song “7th Grade” even won First Place in the 2019 International Songwriting Competition. 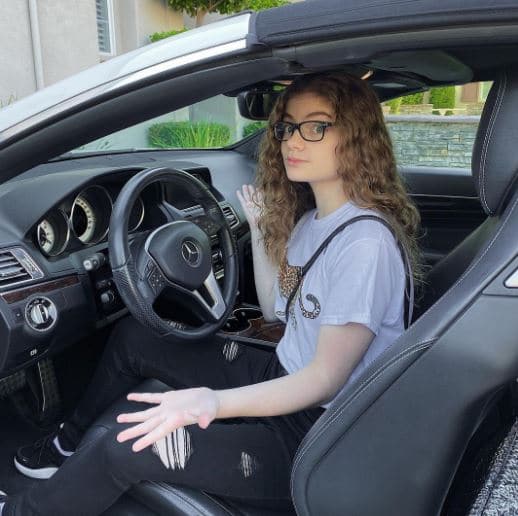 Pecora has 214k followers on Instagram. Along with the singing career, she and her family has made a music merch store. In November 2020, she released her first-ever EP titled “Raise the Bar” which contains six songs. She has been making quite a fortune now. However, Pecora’s net worth is currently under review.

Every girl dreams to have a boyfriend who would support and love her. Pecora must have such a dream too. However, she prioritizes her music career and study rather than dating someone, at least for now.

Pecora is just 17, craving success in the music industry. Once she feels the need to have a boyfriend, she would be looking for the one. But now, she is single and has no past affairs as well.

The young musical artist is blessed with a supportive family. She was born to parents Oliver and Lea Pecora. Her father is the one who filmed almost all of her videos. Besides, she has a sibling; a brother named Dominic. All her family members are incredibly supportive of her music career.

Pecora has a short height of 5 feet 3 inches, and she has well-maintained her body weight. She wears her signature black-rimmed glasses and is mostly make-up free. She has natural golden-brown curly hair and blue eyes.