If you are a video game fanatic, you have definitely heard the name “SSSniperWolf.” Who doesn’t even know about the gaming sensation? Her 32 million subscribers are definitely proof of her popularity. She has been an inspiration to many young gamers worldwide since 2012 when she first started her Youtube Channel.

Lia Shelesh, popularly known as SSSniperWolf, her youtube channel name, is a British-American gamer, video creator, and social media personality who has even won the “Gamer of the Year” award. Her accomplishment also includes having her own emote in one of the popular Tencent Games PUBG. She specializes in Call of Duty gameplay videos as well as anime cosplay. Despite being in controversy for being engaged in adult movies, nudes controversy as well as using clickbait, her fan following is as strong as ever.

Born on October 22, 1992, SSSniperWolf grew up in Liverpool, England, United Kingdom. Her real name is Alia Marie Shelesh and is Libra by zodiac. An English-Greek-Turkish by ethnicity, Alia is a YouTuber, Gamer, and Social Media Influencer.

SSSniperWolf Net Worth and Salary

Lia started playing games at a very young age when she was just six years old. Her father gifted her a Sony Play station at the age of 8, which escalated her interest in gaming.  Her Youtube Chanel is named SSSniperWolf which is based on the character of her first favorite video game ‘Metal Gear Solid’.  With over 32 million subscribers and millions of views, her income from the channel is more than $11 million per annum which is her major source of income. She was dubbed one of the top influencers in gaming by Forbes in 2017. 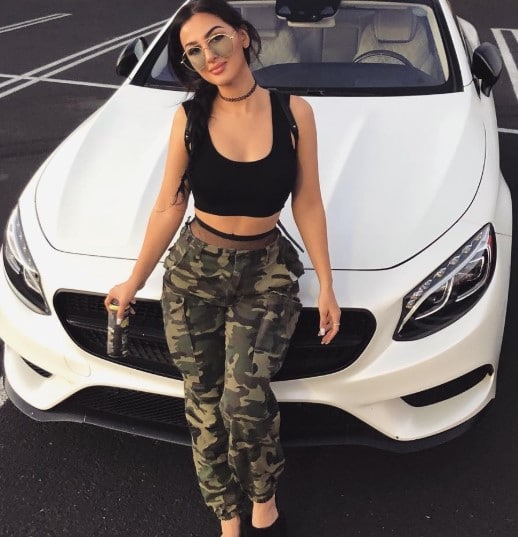 Besides the aforementioned channel, she has yet another lesser-known channel named “Little Lia” which has over 3.87 million subscribers typically based on DIY, home recipes, and anything related to creativity and homemaking.

Hence, she is not just a Gaming Queen but also a darling among housewives and young girls with her hauls and DIY projects.  Wolf Pack merchandise is yet another source of her income. She owns a large house in Phoenix and another in Las Vegas. She is fond of cars and has gifted them to her family members. Her possessions include Chevrolet and a Mercedes. As of 2022, SSSniperWolf has an estimated net worth of $7 million.

Lia has had an on-and-off relationship with a fellow YouTuber Evan John Young known by the name Evan Sausage. They first met through digital media and they communicated using social media and Skype before they actually met and hit it off. Shortly after, they moved in together in November 2015. In May 2016, she posted a video titled “We broke Up” where she mentioned that Evan left for Vegas ditching her and was out of contact.

Lia and Evan got back together in June 2016 and the same year in September they broke up. However, they have remained friends since then and have been living together in Las Vegas, Nevada. Their relationship was never without drama, be it about their breakup patch-ups, and eventual breakup, or be it about their arrests for fights. They even had to deal with speculation and allegations of armed robbery and assault.

A web source mentioned that SSSniperWolf is currently dating Evan Sausage, and hasn’t broken up their relationship yet. However, Lia and Evan aren’t married to date.

SSSniperWolf had a good childhood with her loving family. Lia’s family had moved to Arizona when her younger brother was born. Nothing much is known about her parents besides the fact that she is very close to her mother and describes her mom as the Best Mom. Her father had always encouraged her to play games. 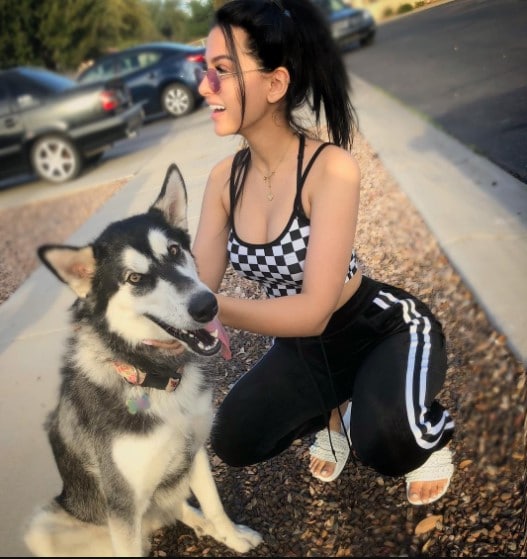 She has three siblings altogether. She has two younger brothers named Paul Shelesh and Bakir Shelesh. Her younger sister is named Ranya Shelesh.

She also owns three dogs named Lumpy, Kaz, and Ash who are part of her family. Her dog Tuna passed away in 2016. She had pursued Pharmacy at first which was her mother’s wish; however, she dropped out of college. She described her overall experience in college as terrible.  She switched to nursing from Pharmacy and quit it again and pursued her career as a YouTuber. 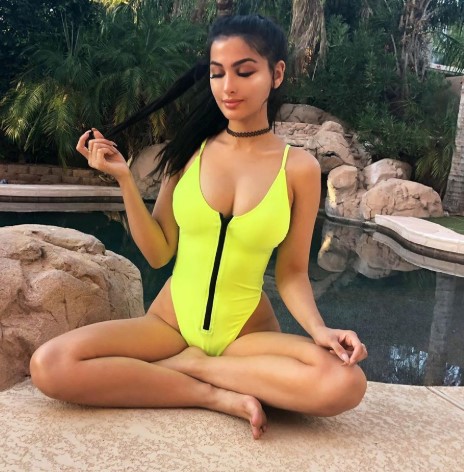 Lia is a gorgeous and healthy girl. As mentioned herself she didn’t have to visit her doctor even once in ten years.  She is extremely good at Hoola Hoops and that could be one of the reasons behind her perfect body. She has an average height of 5 feet 4 inches and weighs around 54 kilos. Her body measurements are 35-24-36 inches. She possesses brown eyes and dark brown hair.

How old is SSSniperWolf?

Where is SSSniperWolf from?

Who are SssniperWolf’s parents?

SSSniperWolf’s father is Mr. Shelesh, a businessman by profession, and her mother is Mrs. Shelesh, a housewife.

Who is SSSniperWolf’s bestfriend?

SSSniperWolf’s best friend is Pokimane, who is a fellow Twitch streamer.

How much is SSSniperWolf’s net worth?

As of 2022, SSSniperWolf’s net worth is estimated at $7 million.

How much does SSSniperWolf make a year?

Who is SSSniperWolf’s husband?

SSSniperWolf is not married and does not have a husband.

Who is SSSniperWolf’s partner?

What are SSSniperWolf’s body measurements?

How tall is SSSniperWolf?