Stan Kirsch was an American actor who is notable for TV series, Highlander playing the role of Richie Ryan has died at age 51. He is also known for directing, acting as well as writing a movie called Straight Eye: The Movie in 2004. Not only that, he even tastes the limelight by making a cameo in hit sitcom series, Friends as Ethan.

Stan Kirsch was born on 15th July in New York City, New York, in 1968. He held the zodiac sign of cancer. He had the nationality of Americans and possessed a white ethnicity background. He earned a graduate degree from Duke University in Political Science.

Highlander actor, Stan kirsch who played the role of Richie Ryan, died was found dead on 11 January 2020. He died of suicide at his home in Los Angeles.

According to TMZ, the Law enforcement sources confirmed that Krisch’s wife, Kristyn Green, found her husband hanging in their bathroom on Saturday afternoon. The paramedics responded, his death was pronounced at the scene.

On the tragic news, his wife, Kristyn told

I want to thank everyone for the outpouring of love and support. I haven’t been able to respond to all the texts, calls, emails – but have read or listened to every single one of them. I feel surrounded by love and am forever grateful to each and every one of you.

Without Stan Kirsch, Highlander: The Series would have been far less. He brought a sense of humor, kindness and youthful enthusiasm to the character of Richie Ryan for six seasons.

Regarding his funeral, his family has decided to organized a small private ceremony/memorial. They also said

Kristyn will be planning a larger gathering at a later date, for all of you who loved Stan. The family ask that in lieu of flowers, donations be made to the American Foundation of Suicide Prevention. Again, thank you for the outpouring of love and support.

Stan started his acting career by playing a role in TV series, Riders in the Sky in 1991. In 1992, he got the roles on the soap opera, General Hospital and The Streets of Beverly Hills. But, he rose into prominence from the 1992’s Highlander: The series as Richie Ryan. Afterward, he played in popular sitcom TV series, Friends as Ethan, in 1995. 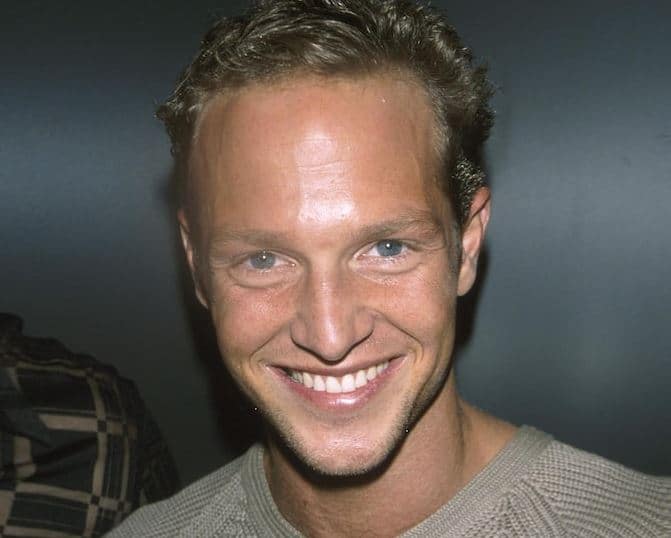 Eventually, Stan got cast in series called JAG and Home Song in 1996. In the year 1998, he made his debut from the film called Shark in a Bottle and Reason Thirteen. The same year, he was in the TV film called The Sky’s On Fire. Not only that, his acting came to be seen on movies and TV series, including Family Law, First Monday, Deep Rescue, Shallow Ground, and The Flunky.

Later, Krisch made a debut by directing and producing the film, Straight Eye: The Movie in 2004. As of 2020, Stan’s net worth had estimated at $1 million.

Stan was married to Kristyn Green – an actor. The couple had walked into the aisle on Valentine’s Day in 2009.

Previously, Stan and Kristyn began dating before they launched their acting school in 2008.

Stan was born with the full name Stanley Benjamin Kirsch and possess the white ethnicity. However, his parents’ and siblings’ information hasn’t been surfaced in the media.

Stan was a handsome actor who had a mesmerizing personality. But, his height and weight hadn’t been surfaced. However, he had blueish eyes and brown hair color.