Among various YouTube stars, Tana Mongeau is the one who started her self-titled channel and came to limelight. She is also known for appearing in 2015 Minute Match-Ups, and 2016 show Escape the Night. Now let’s take a peek into her profile including her alleged relationship with Bella Thorne!

Born on 24th June 1998, Tana Mongeau’s hometown is in Las Vegas, Nevada. She is Native American belonging to white ethnicity. Her zodiac sign is Cancer. She is a daughter of Rebecca and Richard Mongeau. Nothing much regarding her education is revealed.

Tana started her YouTube channel on 30th April 2015 and started uploading daily vlogs, and sexual stories. Some wiki sites have indicated her as a vulgar YouTuber, and some of the netizens are angry for her videos. 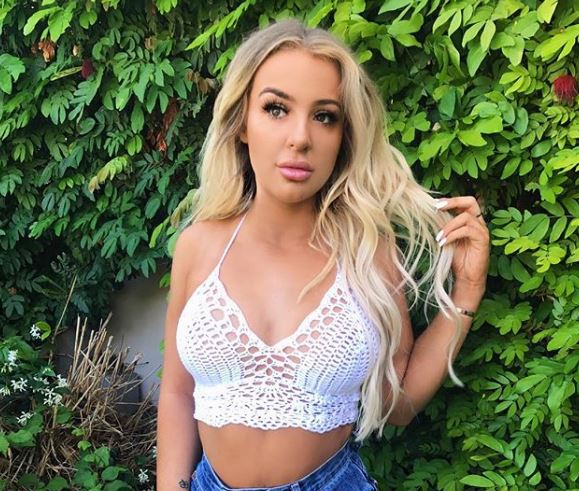 Even when she has some disrespectful fans, she also shines among all. From her YouTube account, she makes a quite good sum of money. As of 2018, Tana’s estimated net worth is $1 million.

Tana is currently in love with Bella Thorne, who is best known as Blended actress. On 5th September 2017, she tweeted about having a dream to date Bella. After few weeks, she uploaded a new picture, with a caption of dreams coming true. In the photo, we can see her kissing Bella.

Again, on 12th June 2018, she uploaded another picture in which both were lip lock kissing. Bella, her partner, revealed about being a bisexual in 2016; yet it is still unclear if she is a lesbian or not.

In 2015, Tana was dating Somer Hollingsworth, who is an Instagram star. After dating each other for two years, both decided to part ways in 2017. In the same year, she uploaded a video with Kian Lawley, who is a YouTuber.

However, the thing between them couldn’t go any further as he felt betrayal. He expressed his feelings via a tweet he posted on 8th June 2017. At that time, Tana defended herself. Kian, on the other hand, claimed that the lap dance was nothing sexual, but a joke.

Tana was born in Las Vegas to the house of Rebecca and Richard Mongeau. On 3rd October 2016, she revealed how one stalker stalked her, hacked her phone and broke inside her home. Moreover, in the video, she also revealed that the stalker also took some photographs while sleeping.

When all these events occurred, she was a grade two student. As her parents cared for her, they reported the stalker right away. Having a strong bond with her parents, Tana loves sharing her family picture on her Instagram account frequently. 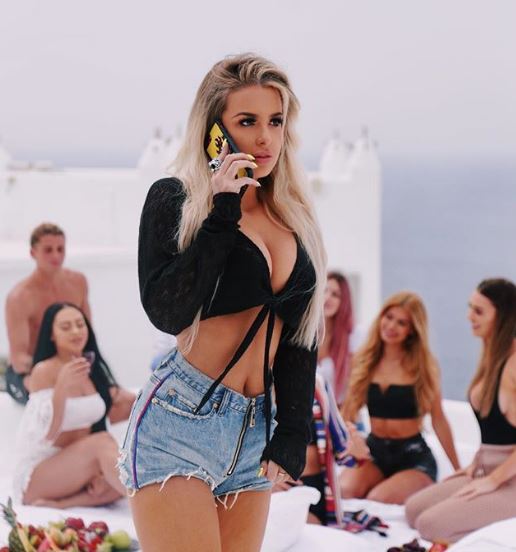 Tana is decently tall possessing a height of 5 feet 4 inches and weighs about 55 kilos. Her body is slim of which body statistics is not mentioned. Her skin is white toned, has brown hair (now dyed) and hazel eyes.