Dutch actress Tara Elders is famous for being the cast of the movie, Interview playing the character of Maggie. She has appeared in films like Winterland, Vox populi and Hush Hush Baby. Moreover, she gained limelight after she married the Game of Thrones star, Michiel Huisman.

Tara was born in Amsterdam, the Netherlands on 17 January 1980 to parents Fons Elders and Judith Grey. She is of Dutch nationality and possesses white ethnicity. Her zodiac sign is Capricorn.

Tara started her acting career with Vroeger bestaat niet meer playing the character of Roos in 2001. She has appeared in movies like Lover Boy, Hush Hush Baby, Visions of Europe and so on. In 2007, she appeared in the hit movie, Interview as Maggie which gained her much attention in the entertainment industry. In recent years, she featured in films like Winter land, and Vox Populi. 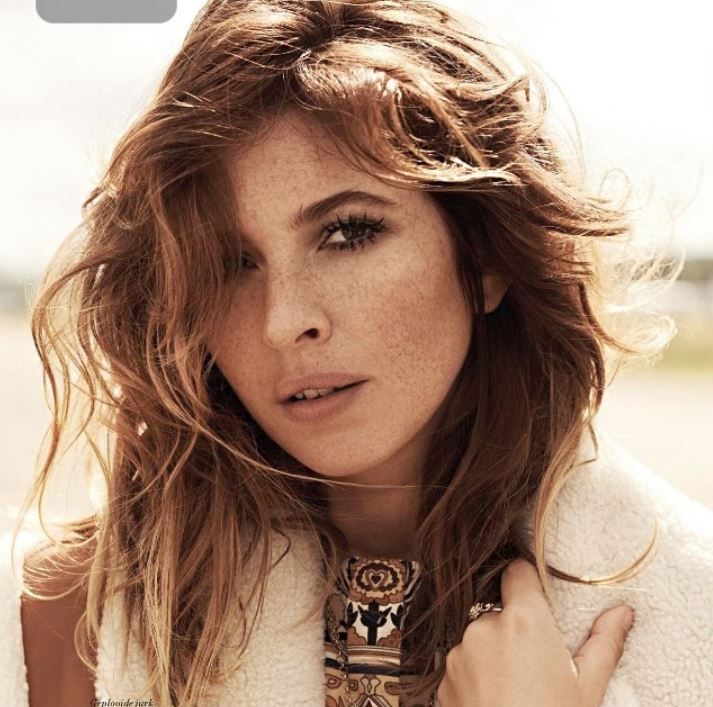 Apart from her movie career, she has also played on TV screens like Costa, TV7, Najib en Julia and so on. With her successful career in acting, she has accumulated a net worth of around $2 million.

Tara is married to the handsome Dutch actor, Michiel Huisman. He is an acclaimed actor, best known for his main appearance on the HBO series Game of Thrones, as Daario Naharis. They shared the screen appearing in the movie Phileine Says Sorry in 2003. Since then, the love between them sparkled.

Tara and Michiel dated for a couple of years before they got married on an intimate wedding ceremony in 2008. Tara and her husband welcomed their first child, a daughter named Hazel Huisman in June 2007. The day the couple welcomed their bundle of joy, they were not married.

The family of three currently resides in New York after moving from New Orleans in 2017.

Tara grew up in the Netherlands with her parents, Fons Elders and Judith Grey. She studied acting from the De Trap in Amsterdam.

Tara stands tall with a height of 5 feet and 4 inches and weighs around 50 kgs. She has naturally brown hair color and has brown eye color.