Tayler Holder is a Los Angeles-based social media star who enjoys a massive following on TikTok, Instagram, and YouTube. Besides, he is an aspiring actor, singer, and model. He has starred in the television series “Dirt” as its lead character Luke Dungey.

Originally from Alvarado, Texas, Tayler Holder was born on 19 August 1997, making him a Leo. The 23-year-old social media personality is American by nationality and part of White/Caucasian ethnicity. Not much is known about his upbringing and educational background.

After moving to Los Angeles, Holder began focusing on social media channels and became active on Twitter, Instagram, and YouNow. Later, he created a collaborative YouTube channel called ‘Joey and Tayler‘ with his friend Joseph Birlem. 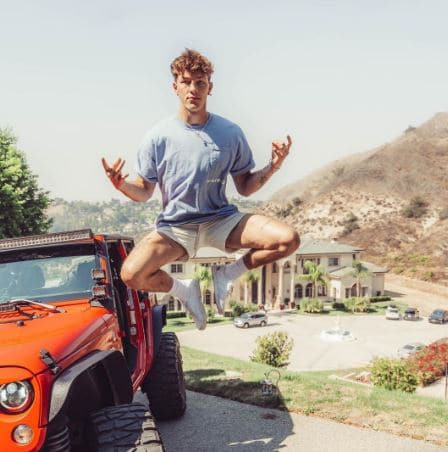 His popularity augmented by leaps and bounds after he started using Musical.ly, now known as TikTok. His TikTok account ‘itstaylerholder,’ where he uploads lip-sync and lifestyle videos, has more than 17.8 million fans as of January 2021. Besides, he is a member of the TikTok collective The Hype House, which he joined in 2020.

In 2018, Holder branched out to television and began starring as Luke in the Brat series “Dirt” online. Also, he dropped his debut single ‘Who I Am’ in 2017. Since then, he has released singles like Fallback and a Christmas single with Casey Baer.

Besides being an aspiring actor, singer, and social media personality, Holder also works as a model and even sells his own merchandise on www.districtlines.com/Tayler-Holder.

Holder’s higher percentage of earnings comes from sponsored posts and content creation. With no history of affluent family background, all his fortunes are now worth in millions. As of 2020, Holder has an estimated net worth of $1.5 million.

Holder is currently in a relationship with Charly Jordan. His girlfriend, Jordan, is a well-known independent model, DJ, and social media sensation. As a model, she has worked with brands like Forever 21, Revolve, and Pura Vida.

Holder began dating his girlfriend, Jordan, in October 2020. On 12 December 2020, he even wished his girlfriend their 2nd anniversary. The lovebirds often feature each other on their respective Instagram and TikTok accounts.

Previously, Holder was dating a cheerleader and model named Kaylyn Slevin in 2019. However, they ended their relationship in August of the same year. He also admitted that he was once in a relationship with gymnast Kelianne Stankus. Besides, he had a short-lived on-again-off-again relationship with fitness influencer Sommer Ray.

The musical artist was born to parents Monte and Wendy. He is the youngest in his family and has two siblings. He has a brother named Trever and an adopted sister named Abby Hall. Besides, he has another member in his family; a Pomeranian named Eli, known on Instagram under the username ‘itslittleeli.’

At the age of 18, Holder moved to Los Angeles, California with his parents to pursue his dreams. 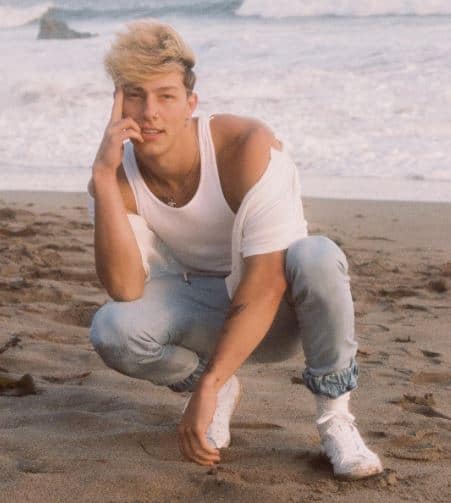 Holder has a decent height of 5 feet 10 inches. He has a fit, medium-build body that weighs around 65 kg. His light brown hair and hazel eyes provide a perfect complement to his irresistible looks.