Teeqo’s “Save the Kids” crypto scandal raised questions about his YouTube career and his relationship with the Faze Clan, as he was suspended from the organization. He was speculated to be pumping and dumping $KIDS token. However, Teeqo seems to have bounced back and proved innocent as the YouTuber announced that he was back in with the Faze clan. Teeqo is one of the oldest members of the clan, as he has been there for 10 years.

Jakob was born in 1993 in Sweden. He celebrates his birthday on October 24, which makes his age 27. He holds Swedish nationality and comes from Caucasian ethnicity.

Teeqo earned most of his fame through his YouTube channel, “Teeqo.” He started his channel on March 16, 2014, and has been uploading videos on lifestyle, products, vlogs, and gaming. At present, he has accumulated over 2.67 million subscribers and over 312 million views. Moreover, many of his videos have earned him millions of views. 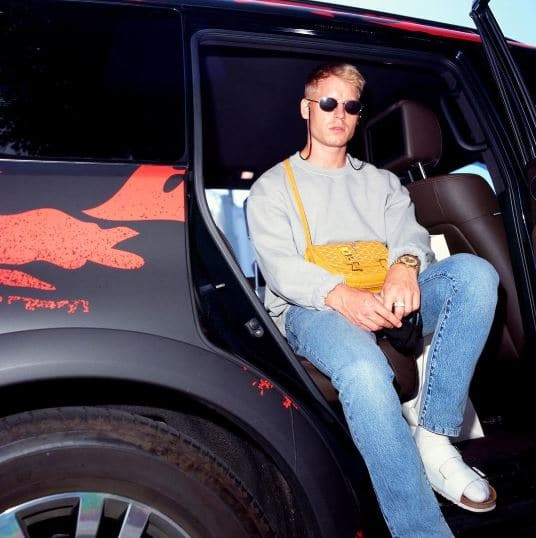 Moreover, Teeqo is also part of FaZe Clan, a gaming team with over 8 million subscribers and is endorsed by brands like Nissan and Steel Series. Teeqo is also popular on other platforms, including Instagram, where he has over 1.5 million followers, and Twitch, where he has 461k followers. As of 2021, Teeqo is estimated to hold a net worth of around $1 million.

Teeqo has been a prominent name in the YouTube platform and the gaming community. Likewise, many of his fans are interested in knowing if the gamer has someone special in his life. However, Teeqo is not very open when it comes to sharing the details on his dating life. The YouTuber has not mentioned dating anyone or having a girlfriend. Likewise, his social media also shows no signs of him dating.

Although the FaZe clan has shared videos on Tinder dates, Teeqo has not had a committed relationship with anyone on the video. Regardless, he seems very occupied with his career as of now. We assume Teeqo to be single unless the YouTuber announces dating anyone near future.

Teeqo has not shared the names of his parents.

However, the YouTuber is very close to his parents and his sister. He has featured them plenty of times on his videos and social media.

Teeqo stands at the height of 5 feet and 9 inches. He possesses a muscular body which he often flaunts on social media, and weighs around 75 kg.