Tom Wlaschiha is popular as Jaqen H’ghar in HBO’s hit fantasy series Game of Thrones. H’ghar is one of the Faceless Men of Braavos who teaches Arya Stark to be a Faceless Man. He is also known for his performance as Sebastian Berger in the TV series Crossing Lines.

Originally from Dohna, Bezirk Dresden, East Germany, Thomas Wlaschiha was born on June 20, 1973, under the star sign Gemini. The 49-year-old actor is German by nationality and belongs to the north European ethnic group. He trained at the University of Music and Theatre Leipzig in his early twenties. As a multi-lingual actor, he speaks German, English, Russian, French, and Italian.

Tom Wlaschiha Net Worth and Salary

Wlaschiha has starred mostly in supporting roles in numerous German and international TV and film productions. His first leading role came in 2000 after he was cast in No One Sleeps.

The German actor gained worldwide recognition in 2015 after he portrayed the convict and assassin Jaqen H’ghar in season 2 of the hit HBO fantasy TV series Game of Thrones. He reprised his role of H’ghar in seasons 5 and 6. For his role in Game of Thrones, the Screen Actors Guild Awards nominated him for Outstanding Performance by an Ensemble in a Drama Series in 2016. He has also been starring as Kommissar Sebastian Berger in the crime series Crossing Lines since 2013. 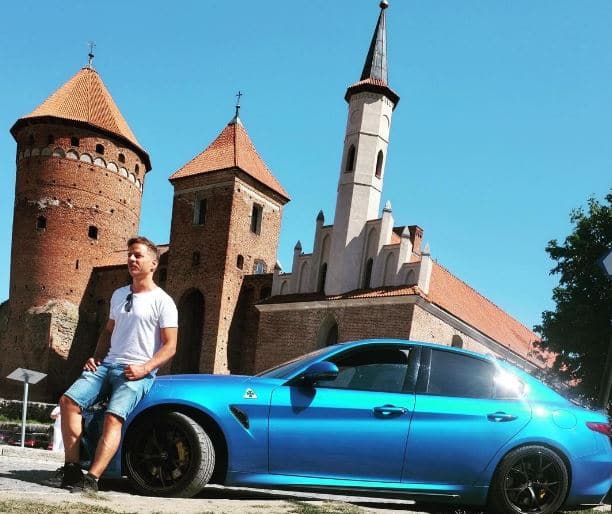 Wlaschiha has performed on stage with the Theater Hune Generation in Dresden, Schauspielhaus Zurich, and Schauspiel Frankfurt. To date, he has worked on more than 75 minor and major projects in films and TV series. Hence, he has accumulated quite a sum of net worth from his acting profession. As of 2022, Wlaschiha’s net worth is estimated at $1.5 million.

Unlike how open Wlaschiha is with sharing details about his professional life, his social media is void of his romantic life. He has not been romantically associated with anyone or at least not publicly. His passion and dedication, so far, have solely been to his career.

Hence, the Game of Thrones star is reportedly single. As he is in his late ’40s, his fans presume him to be a married man with a wife and children. But as the actor has decided to remain mum about his personal family life, everyone should respect his decision and stop speculating about his private life.

Like his love life, Wlaschiha has also not disclosed any details about his family background and the identity of his parents. He went on a mountain hiking with his father and brother, Stefan, in October 2020. His mother turned 76 in September this year.

Wlaschiha has a decent height of 6 feet and a half-inch. He has a fit body that weighs around 87 kg. His distinctive grey eyes and brown hair provide a perfect complement to his charismatic personality.

How old is Tom Wlaschiha?

Where is Tom Wlaschiha from?

What is Tom Wlaschiha’s net worth?

Is Tom Wlaschiha dating someone?

Tom is possibly dating a girl, whom he is trying to keep out of the limelight.

No Tom Wlaschiha is not married or has a wife.

Who is Tom Wlaschiha’s girlfriend?

Tom Wlaschiha believes that keeping his personal life out of the limelight is good, so, we don’t have information on his girlfriend’s name.

How tall is Tom Wlaschiha?

Tom Wlaschiha is decently tall at a height of 6 feet 0.5 inches.