An American Sports personality and Television host, Anthony Reali is better known as Tony Reali, who works on ESPN’s talk show, Around The Horn. He is also notable for serving as a researcher and writer in the sports quiz show, Two Minute Drill. Not only that, but he also rose to prominence from the WFUV FM as a sportscaster from 1997 to 2000.

Tony Reali was born in Staten Island, New York, in 1978. Every 4th of July, he blows his candle out. Tony belongs to American nationality and holds Italian-American descent. However, his parents’ and siblings’ information remains confined. He is a graduate student from the Christian Brothers Academy in Lincroft, New Jersey, in 1996. Then, he earned a Bachelor of Arts degree in History and Communications from Fordham University.

In 2000, Tony started his career as a researcher and writer by joining ESPN for 2 Minute Drill. Then in October 2001, he appeared as Stat Boy from Pardon the Interruption, where he used to fact-check and correct hosts, Michael Wilbon and Tony Kornheiser. Eventually, he rose into prominence after getting the spot of Host of Around the Horn. 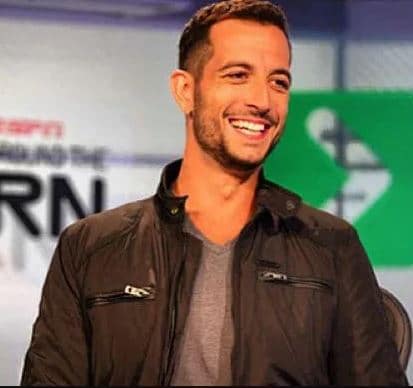 On 5th September 2014, Tony did his last show named Pardon the Interruption before moving to New York City. Then, he started working on Good Morning America as a social media correspondent. There, he handled the pop culture desk and has been working in a weekend sports correspondent since 2015.

Not only that, Tony was featured on Kick Buttowski: Suburban Daredevil as a special guest star. He even provided a voice in Rocked for The Dark One. 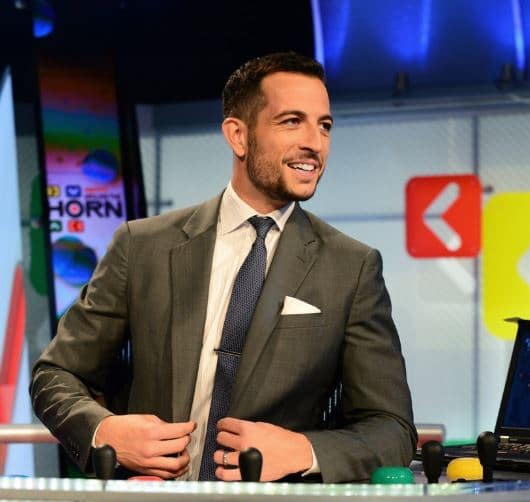 As of 2020, Tony’s net worth remains under review.

Tony is a married man. He tied his knot with his wife, Samuya Edwards, on 3rd July 2008. Their marriage ceremony was held in Virgin Gorda, British Virgin Islands. The duo is blessed with two children in their family, the elder daughter, Francesca Zahra Reali, and twins, Amadeo, and Enzo. Their son, Amadeo, died at the time of birth. 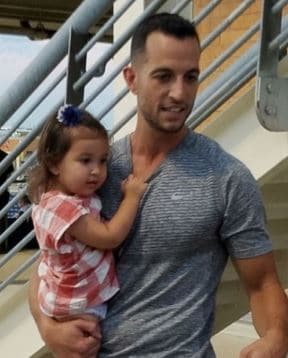 They started dating when Samiya was an Africa policy consultant in 2002. After six years in a relationship, they got married.

Tony was born with real name Anthony Joseph Paul Reali and held Italian-American ethnic background.  However, he hasn’t spilled any beans about his parents’ detail in public.

Talking about his childhood, he had spent most of the time living in New Jersey and then grew up in Marlboro Township.

Tony Reali’s height and weights remain inside the closet as for now. But, he has brown eye color and black hair color.