Being listed in Worth Magazine’s Power 100 list for 2015 and 2016 to being the New York Times best-selling author, Tony Robbins has made a name for himself in the field of writing as well as counseling despite multiple controversies and legal issues.

Tony Robbins is an American author, philanthropist, and life coach who is known for his self-help books and seminars.  He is not just an author or counselor but has also appeared in various television shows and films.  The author is not only famous for his books but is equally well known due to his personal life.

Net Worth, Family, and Income

Robbins began his career as a motivational speaker.  He partnered with Hohn Grinder and founded Neuro-linguistic Programming. He learned hypnosis and various forms of neural communication and started giving out his own seminars.  Eventually, this led to his career as a life coach. He had even funded multiple sports events and sponsored numerous projects.

Throughout his life, he has engaged himself in philanthropic activities. He established a Tony Robbins Foundation, which was rated 4 out of 4 stars by Charity Navigator.  Besides, he works with “Feeding America” and “Spring Health.”  Not just speaker and philanthropy, he has also dabbled in TV shows and films. 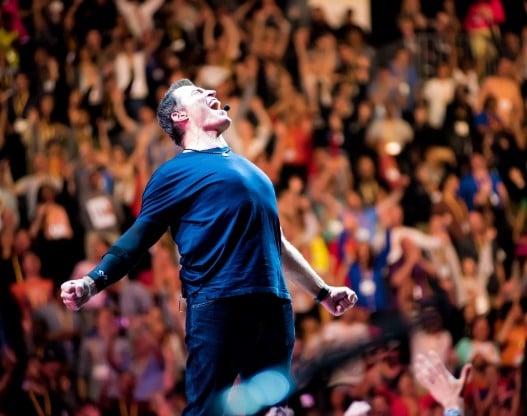 He has written five books to date: Unlimited Power (1986), Awaken the Giant Within (1991), Giant Steps (1994), Money: Master the Game (2014), and Unshakeable: Your Financial Freedom Playbook with Peter Mallouk (2017). Despite growing up in a poor and troubled childhood, he went on to become one of the wealthiest authors and life coaches. He owns a multi-billion dollar empire. His net worth to date is a whopping amount of $500 million.

Robbins has had a rollercoaster love life.  He had met his first wife Rebecca “Becky” Jenkins in one of his seminars. Rebecca had been married twice in the past and wa already a mother of three. Robbins married her in 1984, had adopted her children. But their fairytale romance came to an end when they filed a divorce in 1998.

Before his marriage, he had fathered a child with his ex-girlfriend Liz Acosto. His son from that entanglement is called Jairek  Robbins, who is also a motivational speaker like his father.  Three years after his divorce, he met his current wife, Bonnie Humphrey Robbins (Sage).  Both of them shifted to Manalapan. Florida. The couple do not have any children together. Since no news of thier split has made it into media, we can assume that they are pretty much together and enjoying their marital bliss.

Tony was born on February 29, 1960, in North Hollywood, as Anthony J. Mahavoric. He was the eldest of three children, and his mother raised him. His parents had divorced when he was just seven years of age. His mother remarried to semi-professional baseball player Jim Robbins who had legally adopted Tony and raise him as a father when he was 12 years old.

Robbins had moved to California and joined Glendora High School.  He had never attended college. He had described his high school days as “Chaotic” and “Abusive,” and hence he left his studies and worked as a handyman and janitor to provide for his siblings. 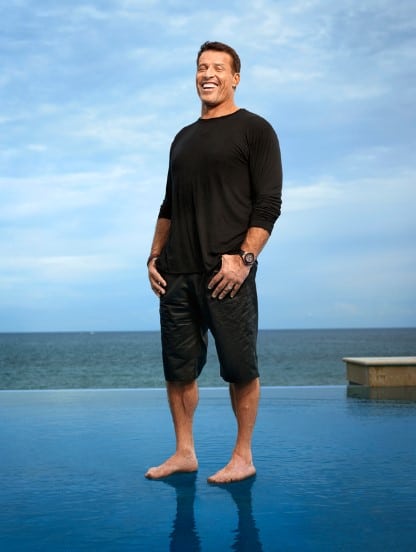