Tony Shalhoub is a successful actor who has now made a record of 10 awards in his life. He recently won Tony Awards in Lead Actor – Musical. Now let’s know more about him including his biography and married life through this wiki!

Born on 9th October 1953, Tony Shalhoub’s hometown is in Green Bay, Wisconsin, USA. His real name is Anthony Marcus Shalhoub, and his zodiac sign is Libra. He is American born actor belonging to Lebanese-American ethnicity. For education, he went to University of South Maine, and Yale School of Drama. He is a two daughter’s father and spouse of a loving wife.

Tony started his career in acting via Heartburn movie, in which he did a small role of an airplane passenger. After three years, he was seen in Longtime Companion as a doctor. However, he gained popularity after working in Men in Black in 1997 and Thirteen Ghosts in 2001.

In the same year, he appeared in Spy Kids. Moreover, in 2002, he was seen in Men in Black 2 and Spy Kids 2. His notable works include Cars 2, Teenage Mutant Ninja Turtles, The Assignment, Cars 3 and more. He is also active in TV series including The Equalizer, Monsters, The X-Files, MADtv, Monk,  The Blacklist, BrainDead and The Marvelous Mrs. Maisel. 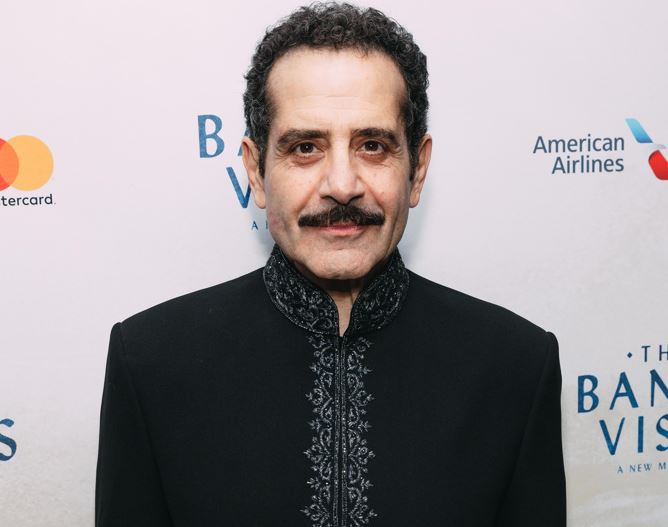 Anthony has also produced TV shows and films including Monk, Must, and Feed the Fish. For his contribution to the entertainment field, he has been awarded several times. The most recent award is Tony Awards 2018, in which he won as a Lead Actor – Musical from The Band’s Visit. As a successful actor, he earns $2 million a year and has a net worth of $30 million.

Tony is a married man. He married his wife Brooke Adams, who is an actress by profession in 1992. Before marrying, both were sharing love relationship for a long time. As actors, both have collaborated in movies and series including BrainDead, and Mr. Monk’s five episodes.

Both were also seen in Broadway 2010. From their married life, they do not have a biological child. He has two adopted daughters, Josie Lynn and Sophie.

Tony is the ninth son of his father, Joe. His father married his mother, Helen after meeting her while working. His sibling sister (elder) was the one to inspire him in the acting field. As a family, he has nine siblings and two daughters. 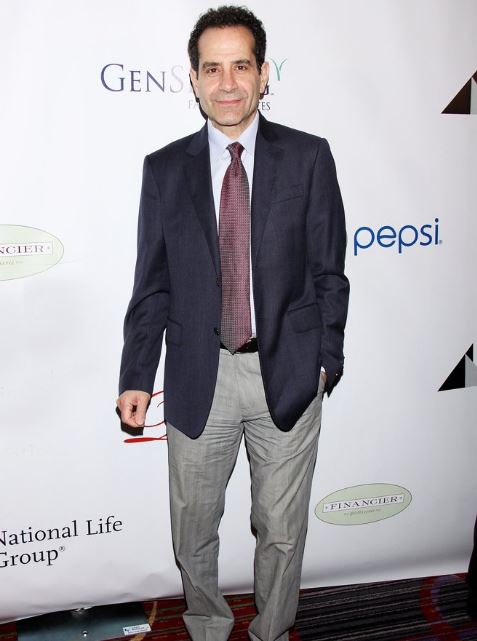 Tony is decently tall with the height of 5 feet 10 inches and weighs approximately 74 kilos. He has a straight body, of which, body measurements are not provided. His skin is white toned, has black hair and brown eyes.