Trae Romano is a rising teen actor best known for playing the role of Mike Dugan on the DC Universe series “Stargirl.” He first gained recognition when he starred opposite Beau Bridges as young Robbie in the comedy series “Robbie.”

Originally from Atlanta, Georgia, Trae Romano was born on 2 May 2005 under the star sign Taurus. The 16-year-old actor is American by nationality and belongs to the Caucasian ethnicity. He has taken acting classes.

Romano had an affinity for acting from a young age. He made his professional acting debut in 2017 in the TV mini-series 555. Soon, he made his TV debut starring in the pilot episode of Robbie, where he was cast alongside Beau Bridges. 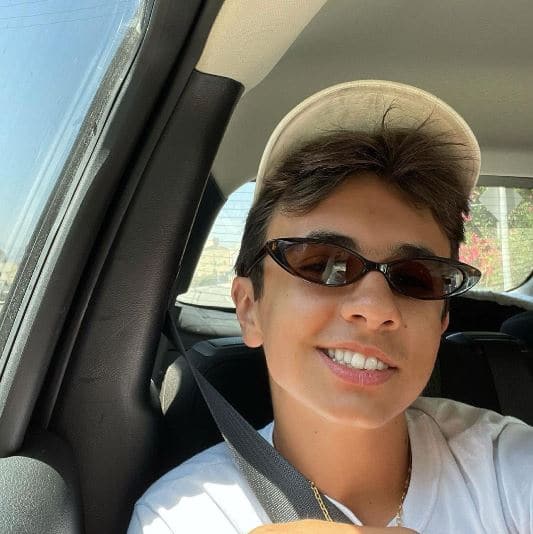 Romano was also cast on the 2018 mini-series Little Ghosts. But his portrayal of Mike Dugan as a series regular on the hit DC Universe series Stargirl earned him more fame in Hollywood.

Though Romano has undertaken only a few roles, he is setting himself up for a long and successful acting career. At just 16 years old, he is already earning his living. As of 2021, his net worth is estimated at $100 Thousand.

The 16-year-old teen actor is single, as of August 2021. It seems he is more focused on his study and professional work rather than being involved in a romantic relationship. His social accounts revolve around his work and family. He hasn’t given any hint about his relationship status. As he is in his mid-teens, it’s best for him to focus on his career.

The Atlanta native hasn’t revealed specific details about his family. Though he has shared pictures of his family members on his Instagram page, he has never addressed any of them by name.

His father is reportedly a businessman; his mother’s name is Katy Hogshire. One of his sisters is named Sophia Romano.

Romano stands tall at the height of 5 feet 2 inches. He has a well-maintained, fit body that weighs 120 lbs. His caramel brown hair and hazel eyes provide a perfect complement to his fair complexion.