Vanessa Scammell is a well-known Australian pianist and conductor in ballet, music theatre, concert, and opera. Vanessa is in a relationship with an Australian actor who had been accused of multiple sexual allegations. However, the pianist stood by her partner despite all the allegations that could potentially ruin both their career.

Vanessa Scammell has not revealed her birthday at the moment. We assume her to be in her 50’s. She holds Australian nationality and comes from White ethnicity. Vanessa studied at the Sydney Conservatorium and later earned a master’s degree in studying under Vladimir Vais and Imre Pallo.

Vanessa worked as a rehearsal pianist for the Victoria State Opera, Opera Australia, and other companies. After earning her master’s degree, she became the musical director for the Australian 2007 tour of The Phantom of the Opera. Likewise, she has worked as music director for ABC’s TV opera The Divorce, Helpmann Awards, From Broadway to La Scala, for the show Peter & Jack, and the 2015 Adelaide Festival. 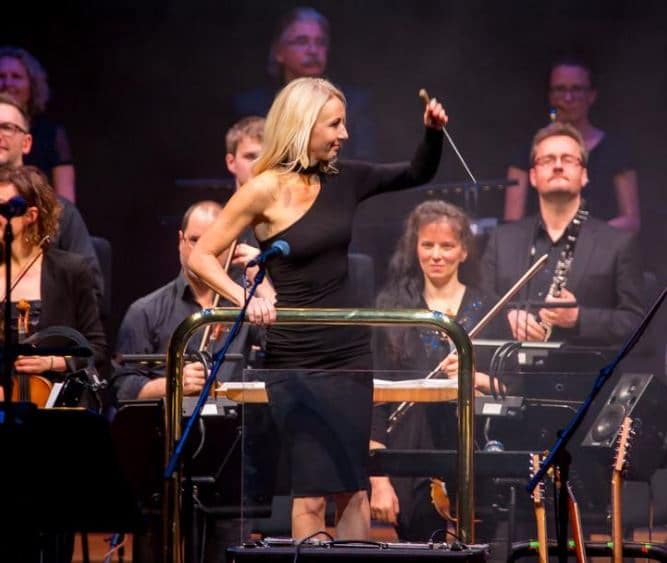 In 2018, Vanessa was the guest conductor of the Hubei Symphony Orchestra and conducted the 1958 opera Lake Honghu at the Sydney Opera House. Moreover, she also conducted Graeme Murphy’s production of The Merry Widow in 2017/18. As of 2021, Vanessa’s net worth is estimated to be in the thousands.

Vanessa has been in a relationship with Australian actor/musician Craig McLachlan. The pair started dating in 2019 and has been together ever since. According to the sources, the pair first met in an event in 2009 in a concert in Chicago. Before, Craig was briefly married to Karen Williams in 1986 and later tied the knot with Neighbor’s actress from 1998 to 1999.

Vanessa has stuck with her partner through thick and thin as Craig has been accused of multiple sexual harassments. Three actresses from the 2014 Australian production of The Rocky Horror Show alleged they were abused, harassed, or assaulted by Craig. However, Vanessa’s partner denied the allegation,

“Frankly, they seem to be simple inventions, perhaps made for financial reasons, perhaps to gain notoriety. In either event, they are to the best of my knowledge utterly and entirely false.”

Regardless, he was acquitted of all charges on 15 December 2020. Nonetheless, Vanessa and Craig are still together, despite them keeping their relationship low-key.

Vanessa has not shared many details about her parents. Likewise, she has remained secretive on the subject of her family. Moreover, there is also no information if the pianist has siblings.

Vanessa possesses a height of 5 feet and 7 inches. The beautiful music conductor has blonde hair and blue-colored eyes.