Vinnie Hacker is a TikTok star renowned for his lipsync and funny videos that went viral on the web. He has also gone viral for his sharp jawline and pretty eyes. He gained more notoriety after winning a boxing match against YouTuber Deji in the YouTubers vs TikTokers Battle of the Platforms.

Originally from Seattle, Washington, Vincent Hacker was born on 14 July 2002 under the star sign Cancer. The 19-year-old TikTok star is American by nationality and belongs to the Germanic-Dutch ethnicity. He has been a member of The University of Diversity, Sway Gaming, and Hype House.

Vinnie started uploading videos on TikTok in February 2019. He mainly uploads lipsync, dance transition, and funny videos on his TikTok account, with the key component being his expression and looks. As of now, his TikTok account has amassed over 10.7 million fans with almost 490 million likes. 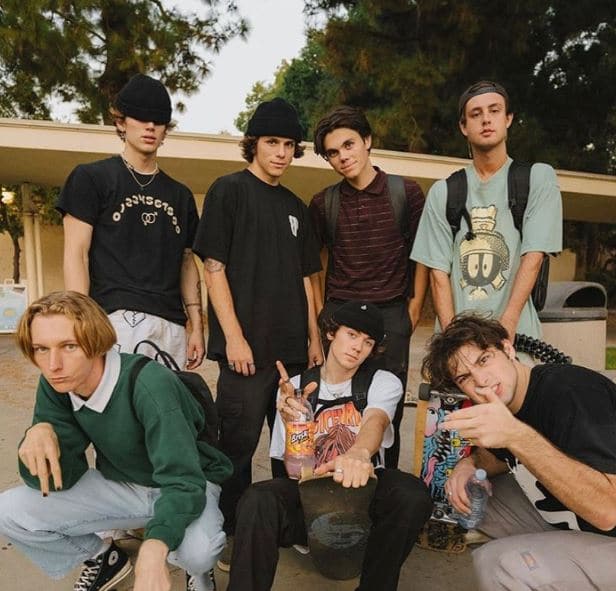 Apart from being a TikTok star, Vinnie is also an aspiring model. He is currently signed to the modelling agency SMG Models. He also has a self-titled YouTube channel. His YouTube videos of his day-to-day antics have racked up hundreds of thousands of views.

As a model and TikTok star, Vinnie has been pocketing a substantial sum of money over the last couple of years. He has already earned hundreds of thousands of dollars from his professional career. As of 2021, Vinnie has an estimated net worth of $400 thousand.

The 19-year-old TikTok star appears to be single. To date, he hasn’t announced being in a relationship with anyone. Besides, he hasn’t even discussed any details regarding his previous affairs or ex-girlfriends. It seems Vinnie is more focused on his career as a social media personality and model.

Back in November 2020, Vinnie was rumoured to be dating fellow TikTok star Faith Ordway. He also sparked dating rumours with Nailea Devora in December 2020. But all these rumours turned out to have no meaning to Vinne’s love life.

Vinnie comes from a family with multi-cultural background. His father is an electrician by profession, and his mother, Maria Hacker, is a 911 dispatcher. He has a brother named Reggie, who plays baseball and basketball for his college.

Vinnie is quite tall as his height measures 6 feet. He has a well-maintained, fit body that weighs around 68kg. He has pretty hazel eyes and golden-brown hair. Furthermore, he has quite a collection of tattoos.