Yann Sommer is a Swiss professional footballer who plays as a goalkeeper for Bundesliga club Borussia Monchengladbach. He has represented the Swiss national team at FIFA World Cup 2014 and 2018 and the UEFA European Championship in 2016 and 2020.

Originally from Morges, Switzerland, Yann Sommer was born on 17 December 1988 under the star sign Sagittarius. The 32-year-old footballer is Swiss by nationality and belongs to the German ethnicity.

As a child, Sommer played in the youth team of FC Herrliberg and later of Concordia Basel. In 2003, he moved to the Basel youth and signed his first professional contract with Basel in 2005. He immediately became the first-choice goalkeeper in the under-21 squad. 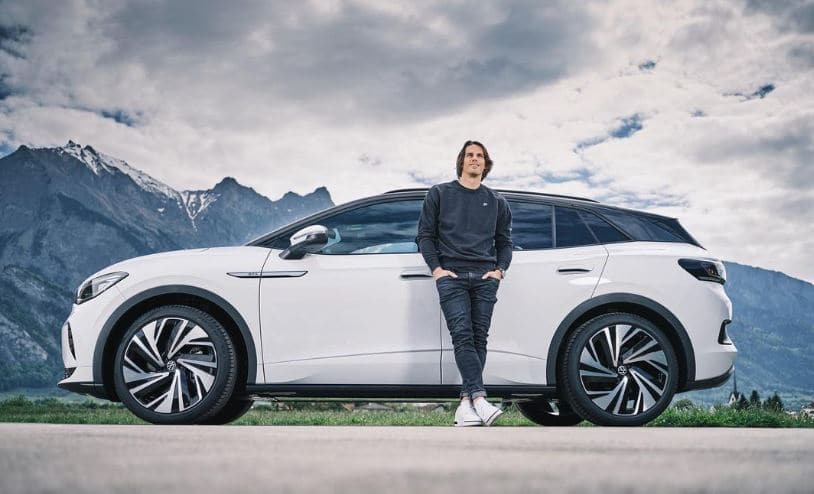 In 2007, Sommer signed a new contract with Basel lasting until 2011. He was then loaned out to the Leichtensteiner club Vaduz. On 7 January 2009, he was recalled to Basel and played six matches until the end of the season. He then joined Grasshopper on a season-long loan and played 33 league matches for the team.

Sommer is happily married to his wife, Alina Sommer. He began dating his future wife in 2016. After dating for three years, the couple tied the knot in August 2019.

The lovely couple shares a daughter, Mila Sommer, born on the 4th of November 2019. They welcomed a new bundle of joy in the family, daughter Nayla, on 16 June 2021.

The Swiss goalkeeper was born to parents Daniel and Monika Sommer. His parents were incredibly supportive of his choice of career. It’s unclear whether Sommer has any siblings.

Sommer has a decent height of 6 feet. He has a fit, athletic physique and weighs around 174lbs. His fair complexion is accompanied at its best by his dark brown hair and eyes.