Yara Zaya is a reality star who is best known for appearing in eight seasons of 90 Day Fiancé. However, the reality star is back in the spin-off series, 90 Day Fiancé: Happily Ever After? While fans are excited to catch up with Yara and her husband, she has turned herself into an influencer and has her own clothing brand. Moreover, there are also speculations of Yara welcoming her second child.

Yaraslava Zaya was born in 1995 in Ukraine. She celebrates her birthday on June 9, which makes her age 26. She holds Ukrainian-American nationality and comes from a mixed ethnicity.

Yara is a reality TV star who earned popularity appearing on the TLC show 90 Day Fiancé. Yara and her husband appeared as the main cast in season 8 of the show. Moreover, the couple returned to the show’s spin-off series in the sixth season, 90 Day Fiancé: Happily Ever After? Before appearing in TLC, Yara had also appeared in other reality shows in Ukraine, including Who is Against Blondes? And Beat the Blondes. 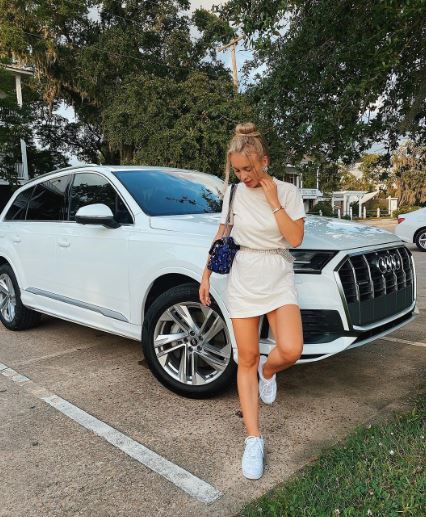 Besides appearing on TV, Yara is also a social media influencer and possesses over 426k followers on Instagram. Moreover, she is also active on YouTube and has over 25k subscribers on her self-titled channel. Yara also has her own line of clothing brand, Yarazaya. Her clothing line includes swimsuits, bikinis, jackets, and many more. Yara is estimated to earn around $14k from each episode of 90 Day Fiancé. Yara Zaya is estimated to hold a net worth of $200k.

Yara is married to her husband, Jovi Dufren. Her husband is an ROV Supervisor for Schilling UHD. Nonetheless, the couple first met through a dating app while traveling. Although their relationship started as a one-night stand, their relationship blossomed, and they started traveling together. However, after Yara became pregnant, Jovi proposed to Yara, and the pair applied for a K-1 visa. Unfortunately, she suffered from a miscarriage before arriving in the USA.

Upon arriving in the USA, the pair got an apartment in the Warehouse District. After finding herself pregnant for the second time, Yara and Jovi tied the knot in Las Vegas in February 2020 and welcomed their daughter Mylah in September 2020. Regardless, Yara and Jovi’s marriage are surely not smooth. After the incident in which Jovi took Yara to a strip club on their anniversary, Yara threatened to leave him and move back to Ukraine. Moreover, many fans of the couple have also speculated the pair to be pregnant with their second child. However, Yara and her husband are yet to confirm the speculations.

Yara was born to her mother, Olga, and a Hungarian father. Her father is a successful businessman, while her mother is a baker from Zakarpattia. Her parents divorced when she was little.

Yara stands at the height of 5 feet and 7 inches. Likewise, she has a fit and stunning body and maintains her curves via kickboxing and gym. Her facial features include her blonde hair and blue eye color.