Yves Pons is a fantastic basketball player who plays for the Tennessee Volunteers of the Southeastern Conference. He has made impressive records throughout his college career and has earned over 4 recruiting stars from 247 Sports and Rivals.

Yves Pons was born in 1999 in Port-au-Prince, Haiti. He celebrates his birthday on 7th May, which makes his age 21. Likewise, he holds French Nationality and comes from a mixed ethnicity. The basketball player attended INSEP and the University of Tennessee-Knoxville.

Yves played college basketball in the US for the University of Tennessee-Knoxville, making him the first French men’s basketball player in school history. Yves suffered from an ankle injury in his debut. He played 24 games off the bench and averaged 5.2 minutes per game. As a sophomore, he made a season-high 10 points against Eastern Kentucky. At the end of the regular season, Yves was named SEC Defensive Player of the Year. Moreover, he declared for the 2020 NBA draft in his junior season but returned to Tennessee for his senior season. 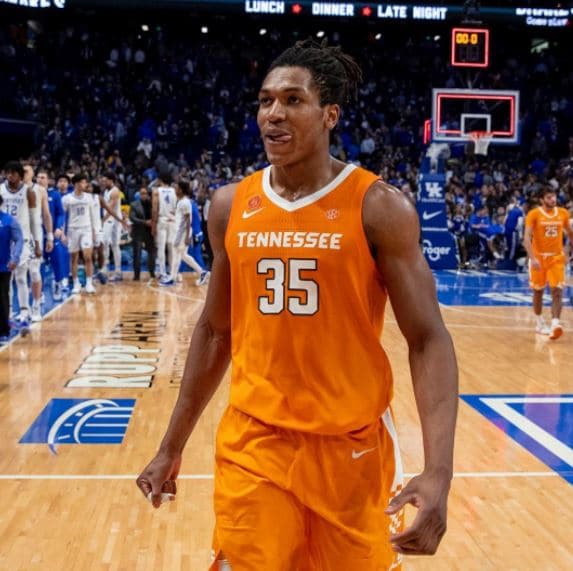 Moving to his International career, he had won a gold medal with France at the 2014 FIBA Europe Under-16 Championship. Moreover, he had also played at the 2016 FIBA Under-17 World Championship in Spain. In 2019, he joined France at the FIBA U20 European Championship, averaging 2.6 points per game for the fourth-place team. As of 2021, Yves Pons’ net worth is still under review.

Yves Pons has been married to his amazing wife, Laetitia Vancon Pons, for over two years. The duo met after Yves moved to the U.S. in 2017 to play basketball at the University of Tennessee-Knoxville.

As Laetitia was four years senior and was doing her master’s exchange program in New York, it took some time for Yves to convince her to take him seriously.

“When I told her my age, she didn’t think I was for her. But we spent the whole night together just talking,”, he shared.

Yves eventually invited her to visit him and the duo grew closer and soon started dating. The pair tied the knot on June 22, 2018. The duo resides in Knoxville where Laetitia has her own job. Moreover, the pair also celebrated their second anniversary with Yves sharing on Instagram. He wrote,

“2years ago I had the chance to marry the woman I fell in love with. My partner in crime, my best friend, love you forever”

Yves Pons did not know his biological parents. He was adopted by a French couple, Babeth and Jean-Claude Pons when he was four years. Yves moved to France with his parents and attended the French sports institute INSEP, in Paris.

Yves Pons has a height of 6 feet and 6 inches and weighs around 97.5 kg. He has black hair colour and dark skin tone.