Zack Lugo is a young social media star who has earned millions of fans on TikTok. He has become a popular star on the platform with the help of his amazing content. Besides, he is also growing popular on other platforms. Nonetheless, Zack is also on his way to released various merchandise for his fans.

Zack Lugo was born in 2001 in the United States. He celebrates his birthday on June 7, which makes his age 19 and zodiac sign Gemini. He holds American nationality and comes from White ethnicity.

Zack Lugo blew to fame through sharing his attention-grabbing videos on the video-sharing platform TikTok. He is popular on the platform as zacklugo and is recognized for posting various point-of-view style videos. Likewise, he also shares dubbing and humorous videos. He has managed to earn over 3.9 million followers and over 176.1 million likes. 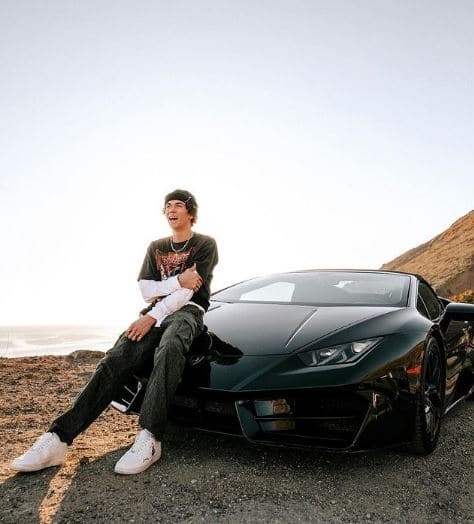 On the other hand, he is also popular on other platforms like Instagram and YouTube. He is new to YouTube and uploaded his first video a few months back. Regardless, he has shared few videos on vlogs and Q&A. He has over 28k subscribers on his self-titled channel. On the other hand, he is also quite famous on Instagram, with over 357k followers. He also has his own line of fashion merchandise. He is a part of Next Step Talent. As of 2021, Zack Lugo has kept his net worth under wraps.

On the other hand, he also seems much busy with his career, explaining him not having time to be in a committed relationship. Regardless, Zack is single at the moment. However, we will be sure to update you if any news on his relationship status surfaces.

Zack has not opened much on his family. However, he has featured his mother on one of his appreciation posts on social media. He was born to Lori Sommers Lugo.

Nonetheless, there is not much information on his father. On the other, he has not talked about his siblings, if he has any.

Zack Lugo has a height of 5 feet and 8 inches. The social media star possesses an amazing slim-built body. Likewise, he has dark brown eyes and blonde hair.