” Hard work surely pays off when the time comes.” This quote perfectly justifies mixed martial art fighter Amanda Nunes, who has won the UFC 245 Women Bantamweight champion against Germaine de Randamie. She is a Brazilian MMA fighter who is known for being a dominant female fighter in the Ultimate Fighting Championship (UFC).

Amanda Nunes was born in the city of Salvador, Bahia, Brazil, in 1988. Her birthday falls on every 30th of May. She belongs to Brazilian nationality. She is the daughter of Sandoval Nunes and Ivete Nunes. She grew up with a sister named Vanessa Nunes.

Being fond of mixed martial art from a young age, Amanda moved to American to seek a job. Then, on 8th March 2008, she made her first debut in her MMA but couldn’t win against her opponent, ANA Maria. 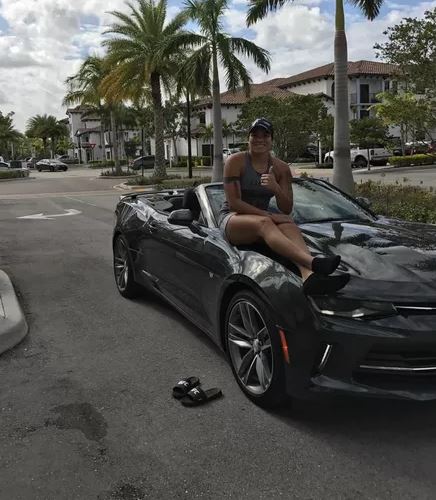 To this date, Amanda has fought more than dozens of MMA fighters and has maintained a winning record of 19-4-0. On 9th July 2016, she became the first gay champion in UFC history to win the UFC Women’s Bantamweight Championship defeating Miesha Tate. She gained immense limelight after she won the fight against UFC superstar, Ronda Rousey. The match ended in just 48 seconds of the first round with knockout. 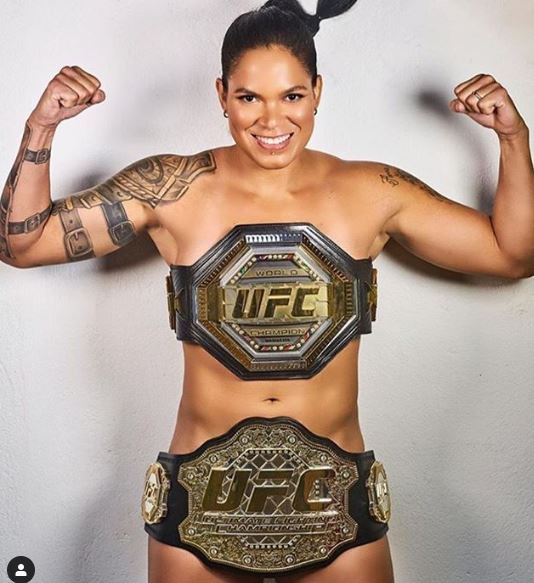 Amanda is open about her personal life and is a proud lesbian. In 2012, Amanda started sharing her love life with UFC fighter Nina Ansaroff. However, the couple hasn’t spoken when and how did their relationship start. 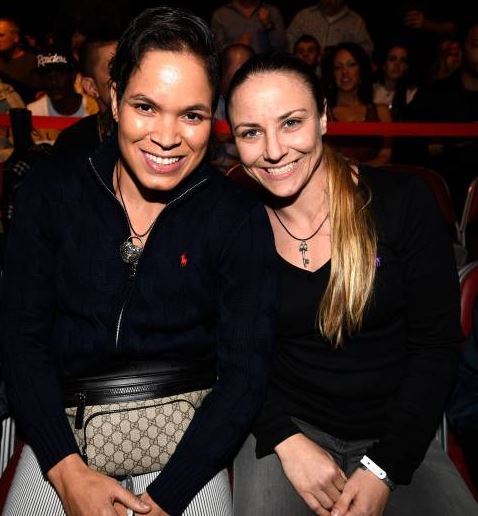 The couple took a step ahead in their relationship and got engaged in August 2018. And hopefully, the couple will marry soon.

Amanda was born in the Nunes family to parents Sindoval Nunes and Ivete Nunes. She grew up along with her siblings Vanessa Nunes. 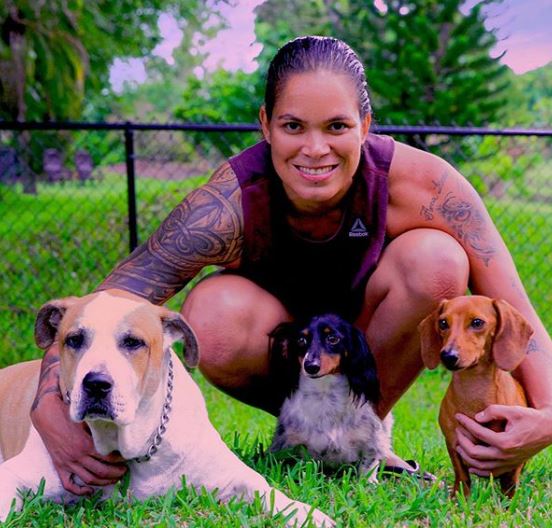 At the age of four, she started Karate. Afterward, she started boxing when she was 16. She was under the surveillance of Ryan Franco – Brazilian jiu-jitsu Black Belt which improved her grappling skill.

Amanda is one of the stunning MMA fighters who has kept her body stricter well maintained. Her body stats are 36-27-35 inches. Her height stands at 5 feet 8 inches and weighs at 61 kg. Moreover, she has brown eyes color as well as hair color.