Anjelah Johnson is a famous stand-up comedian who has taken her charm to TV screens and the music industry as well. Before pursuing an entertainment career, she was an Oakland Raiders cheerleader. She shot to fame after landing the breakout comedic role on MADtv, where she played fan-favourite character Bon Qui Qui.

Originally from San Jose, California, Anjelah Nicole Johnson was born on 14 May 1982 under the star sign Taurus. The 38-year-old actress is American by nationality and part of Mexican and Native American ethnicity. She studied speech communications at De Anza College. After being inducted in 2002, she became a cheerleader for the Oakland Raiders.

After moving to Los Angeles, Anjelah took improv classes and began to headline her shows. She quickly became an internet sensation after her video ‘Nail Salon’ went viral, which opened the door to many stand up, television, and film opportunities.

In 2007, Anjelah starred as a featured performer in the sketch comedy show MADtv. She played memorable characters like Bon Qui Qui, which helped her gain a large YouTube following and a nomination for an ALMA Award for Outstanding Female Performance in a Comedy Television Series for her splendid work on MADtv. 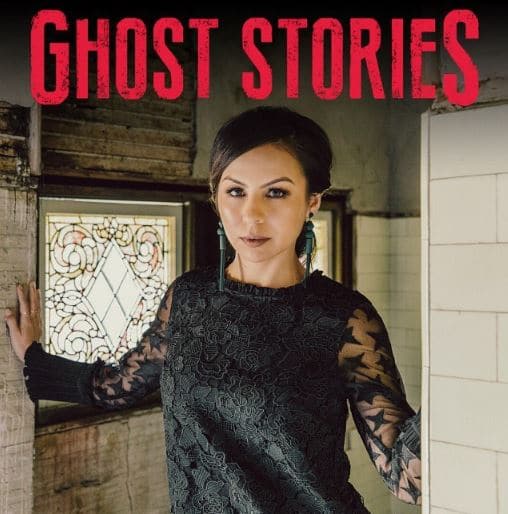 Anjelah signed a record deal with Warner Bros. Records to release her full album Gold Plated Dreams. Before that, she had already released three songs and two music videos as Bon Qui Qui. She has also released a Christmas EP titled Merry Hoodmas.

In 2009, Anjelah began recording her first one-hour Comedy Central special, Anjelah Johnson: That’s How We Do It. Her second one-hour special The Homecoming Show, which aired on NUVOtv in July 2013, is now available on Netflix as well. She then went on to record her third-hour special Not Fancy in 2014 and fourth one-hour special Mahalo & Goodnight.

As an actress, Anjelah has starred in films like Our Family Wedding, Enough Said, The Resurrection of Gavin Stone, and Mom’s Night Out. She has also appeared in multiple ads and commercials, including campaigns for Snickers, Sprint, K-Swiss, All-State, to name a few. Moreover, she has guest-starred on shows such as Ugly Betty, Curb Your Enthusiasm, The Shield, and others while touring with her stand up comedy.

Anjelah has multiple sources of income, such as her stand up comedy shows, tours, albums, films, and commercial ads. With multiple fathers on the cap, she has successfully accumulated riches worth millions of dollars. As of 2020, Anjelah enjoys a hefty net worth of $1.5 million.

The talented actress, comedian, and former cheerleader is already taken. She has been married to her husband, Manwell Reyes since 11 June 2011. Her Germany-born husband, Manwell, is a famous songwriter, rapper, and singer.

Anjelah tied the knot with her husband, Manwell, in Half Moon Bay, California. They had begun dating each other since 04 October 2010.

Though it has already been nine years of their marriage, the couple hasn’t welcomed any children yet. Anjelah says that the couple doesn’t prefer having kids of their own. However, they enjoy spending time with their nephews and nieces.

Anjelah keeps most of her personal life private and away from the public eyes. She hasn’t revealed anything about her parents and family background. All that is known about her family is that she has four siblings, including a brother named Kennie and sister Veronica. She remains close to her large extended Christian family.

Anjelah has a decent height of 5 feet 4 inches. She has a well-shaped body that weighs around 55 kg. Her dark brown hair and brown eyes provide a perfect complement to her stunning personality.