AnnaSophia Robb is an actress who started her career as a child. She is best-known for playing the supporting role of Violet Beauregarde in Tim Burton’s Charlie and the Chocolate Factory. Likewise, she also made her debut role in Samantha: An American Girl Holiday. Since then, the actress has appeared in many movies and shows. Besides, she has also bagged various awards, including Young Artist Awards, Denver Film Festival and Young Hollywood Awards.

AnnaSophia Robb was born in 1993 in Denver, Colorado. She celebrates her birthday on December 8, which makes her age 27. She holds American nationality and comes from Danish, English, Irish, Scottish, and Swedish. The actress graduated from New York University in 2018.

An agent scouted Anna Sophia at the age of eight. After several auditions, the actress made her first appearance in a national commercial for Bartz dolls. Later, she also had a small role in an episode of Drake & Josh. However, her first major role came as a title character in the TV series, Samantha: An American Girl Holiday. In 2005, the actress starred in Because of Winn-Dixie and Charlie and the Chocolate Factory. The same year, she was also the face of Trad Clothing.

Her later TV appearances were in shows, The Carrie Diaries, Mercy Street, The Act, Little Fires Everywhere, and Dr Death. Besides, she has also made many appearances on the big screens. Her notable roles were in movies Spy School, Jumper, Race to Witch Mountain, The Space Between, Khumba, Freak Show, Down a Dark Hall, Words on Bathroom Walls, and Lansky. She is also set to appear in the upcoming movie Rebel Ridge. As of 2021, AnnaSophia Robb holds a net worth of $8 million.

AnnaSophia has had many major hits in her career. So, it’s no surprise that her fans are often curious to know more about the actress’s dating life. However, the actress shocked her fans when she announced her engagement to her boyfriend Trevor Paul. She announced the news on Instagram on September 7, 2021, with a post of the couple and her new engagement ring. For the caption, she wrote,

“He’s my best friend, the greatest man I know, & a real bad b*tch,” she added. “I feel pure joy beginning the rest of our lives together!”

Many fans and celebrities congratulated the newly engaged couple. Regardless, AnnaSophia had kept her relationship with Trevor Paul private but had featured her a few times on social media.

Before, she has dated a few fellow actors in the past. She first announced dating her co-star Josh Hutcherson in 2007. While the relationship did not last, she later dated Alexander Ludwig, her co-cast from Race to Witch Mountain. The pair dated from 2008-2011. Later, she was linked to many of her co-stars, including Colton Haynes, Nolan Gerard Funk, Austin Butler, and Chris Wood. She dated Chris Wood twice as their second try in romance came in January 2017. However, the relationship did not go smoothly. Other men on her dating list include Adam Cobb and Emile Hirsch. Nonetheless, AnnaSophia has finally found someone to settle with.

AnnaSophia was born to her father, David Robb, and mother, Janet. Her father is an architect, while her mother is an interior designer. Her parents named her after her maternal grandmother, Anna Sophie. 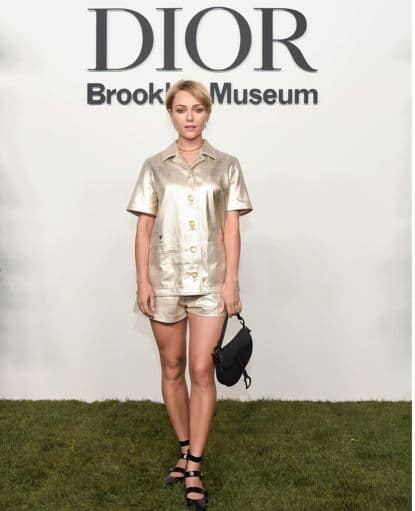 AnnaSophia has a height of 5 feet and weighs around 108 pounds. She possesses a stunning, captivating body. The actresses facial features include her blonde coloured hair and blue coloured eyes.