Cody Weightman is an Australian rules footballer who plays as a forward for the Western Bulldogs in the Australian Football League. He was the Dog’s first-round pick at the 2019 NAB AFL Draft. He has thrust himself into contention for this year’s NAB AFL Rising Star award.

Originally from Melbourne, Victoria, Cody Weightman was born on 15 January 2001 under the star sign Capricorn. The 20-year-old AFL player is Australian by nationality and belongs to the Caucasian ethnicity. He captained his school side at Haileybury, where AFL Hall of Famer Matthew Lloyd coached him.

Weightman played for the Dandenong Stingrays in the NAB League and for Vic Country in the AFL Under 18 Championships. In the 2019 AFL Draft, the Western Bulldogs selected him as the 15th draft pick. 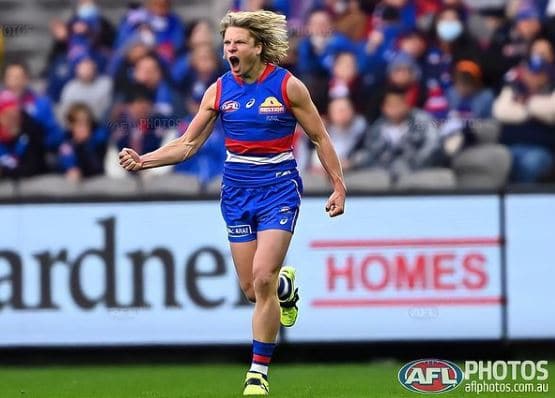 Weightman debuted in the 7th round of the 2020 AFL season in the Bulldogs’ 42 point win over the Essendon Bombers. He picked up 2 goals, 9 disposals, and 3 marks in his first game. He was kept to the VFL for the start of the 2021 AFL season. He was nominated for the 2021 AFL Rising Star award after his 2 goals, 14 disposals, 11 score-involvement performance against St Kilda.

On 20 July 2021, Weightman signed a two-year contract extension with the Bulldogs. Details about his salary and bonus haven’t been disclosed. However, his net worth is estimated at $300 thousand, as of 2021.

As of 2021, Weightman appears to be single. He hasn’t yet announced being in a relationship with anyone. As he is just 20 and trying to reach the peak of his career, he may have no interest in dating someone at the moment.

However, as love defies all reasons, Weightman could be dating someone in secret and trying to keep his love life away from the unwanted attention from the media and public.

The talented small forward was born to parents Nicole and Rob Weightman. His father was very passionate about Australian rules football and was his son’s first coach. He grew up with three siblings, two brothers Jake and Ricky, and a sister named Molly.

Weightman stands tall at the height of 5 feet 10 inches. As an athlete, he has a fit, toned body that weighs 161 pounds or 73kg. He has blonde hair and light brown eyes.