Eboni K. Williams is a lawyer and TV host who is popular for co-hosting the late-night talk show State of the Culture. However, she has been making headlines as she is one of the new members of the reality television show The Real Housewives of New York City. Likewise, she has also worked for WABC Radio and Fox News Channel.

Eboni Kiuhnna Williams was born in 1983 in Charlotte, North Carolina, USA. She celebrates her birthday on September 9, which makes her age 37. Likewise, she holds American nationality and comes from African-American ethnicity. Eboni graduated with a Bachelor of Arts in Communications and African-American studies at the University of North Carolina. She earned her J.D. degree from Loyola University New Orleans College of Law.

Eboni was a legal counselor in family law and civil litigation in 2008. She was also a public defender and returned to private practice in 2010. Likewise, she was also a correspondent for CBS News and a contributor for Fox News. She had appeared on Hannity and The O’Reilly Factor while also co-hosting Outnumber and The Five. She worked as a co-host for the Fox News Specialists on May 1, 2017. 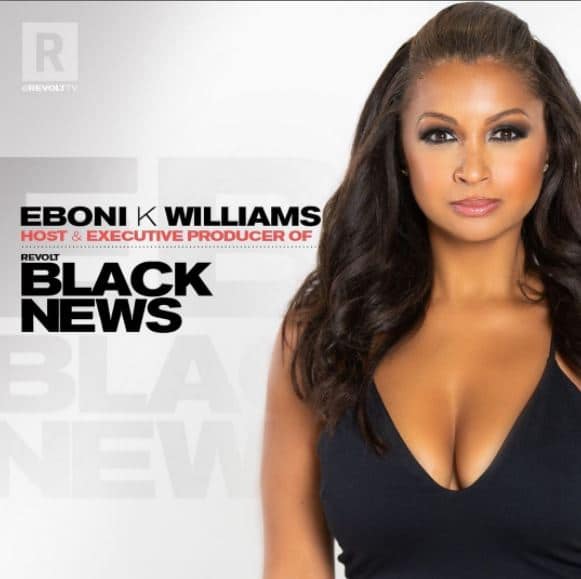 The same year, she joined WABC Radio as co-host. She now hosts the program State of the Culture on Revolt TV. Likewise, in October 2020, she also joined the cast as the first African-American member of The Real Housewives of New York City, joining in the 13th season. As of 2021, Eboni K. Williams holds a net worth of $3 million.

As Eboni joins the cast of ROHNY, many fans of the show are interested to know if the TV personality is dating anyone. However, Eboni is currently single. In an episode of “The Wendy Williams Show,” she opened up on her status. However, Eboni was engaged and on her way to marry a man. She shared,

“I’ll tell you what happened, he actually did not quarantine with me. He has three children, two of which are young adults. And he chose to quarantine in New Jersey with his semi-adult children. And for me—listen I’m not a parent yet. I get that they’re number one. But I need to be number one. And I wasn’t number one so I needed to move on.”

Eboni had dated her ex-fiancé for four years. However, she has not shared the name of the mysterious name and has also not featured him on his social media. Regardless, we are hoping to see the reality star with a special partner in the coming days.

Eboni was born to African-American parents. However, she was raised by her single mother. Information on her mother and her father has not emerged as of yet. Moreover, there is also no information on her siblings, if she has any.

Eboni stands at the height of 5 feet and 1 inch. Likewise, she has a stunning body with gorgeous curves, weighs around 54 kg, and measures 23-35-23. 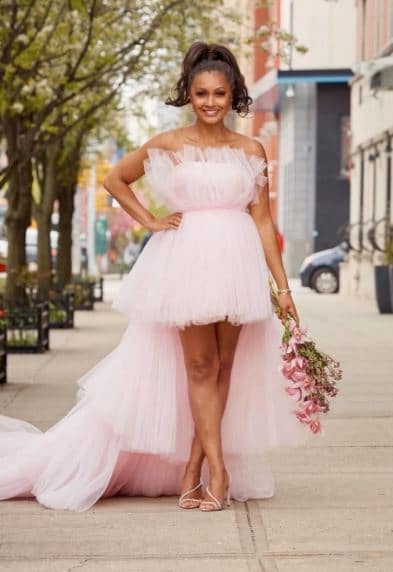 Besides, she possesses dark brown hair color and eyes.